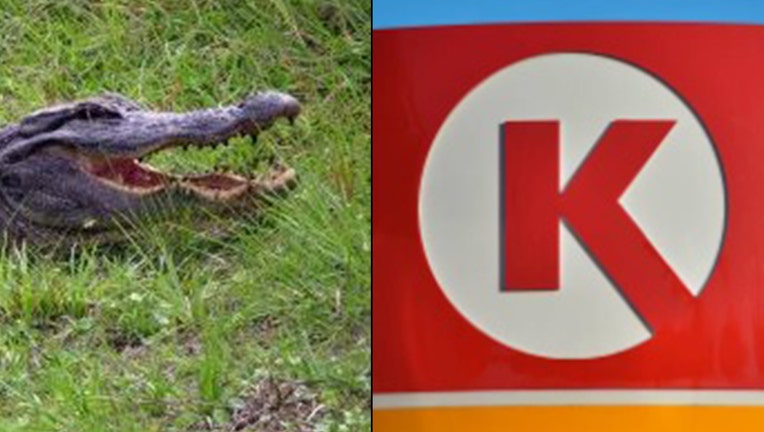 Photo of a gator by FWC (Note: This is not the gator captured at Circle K)

POLK COUNTY, Fla. - It’s alligator mating season in Florida and one gator was apparently in the mood for some cheap snacks.

The Polk County Sheriff’s Office found an alligator hiding under a vending machine at a Circle K gas station.

"This little guy was hanging out under a vending machine @CircleKStores," Sheriff Grady Judd tweeted on Wednesday. "3 deputies later he was no longer freaking people out."

RELATED: Only in Florida: Alligator hitches ride in back of patrol car

Just this week, the sheriff’s office found another gator on a family’s porch in Eagle Lake. The wily gator was ‘apprehended’, placed in the back of a patrol car and relocated.