David Does It: Patriot Guard Riders

Six recipients received a statuette of the American flag for their service to their communities and country. Veterans, a restaurant, police officers, and a child were among the recipients of the night. For instance, one recipient was a marine named Robert Jones. He lost both of his legs in Afghanistan in 2010 from an IED. Despite this, he ended up running 31 marathons in 31 days in 2017.

FOX & Friends Host Brian Kilmeade said that this is something we should all celebrate.

Everyone is talking about Republican, Democratic, red or blue, what about red, white, and blue? It just grounds everybody. That's one thing about America. They talk about things being bad, I think the more you go around the country, the more you realize that there's a lot of patriotism. I mean, you see so many military people that get on the planes first, how many people give up their seats for people who serve? I think there's a real appreciation in our country for people who do serve, in particular, who serve our country. I think there is an opportunity for them to shine. And I love it," Kilmeade said. 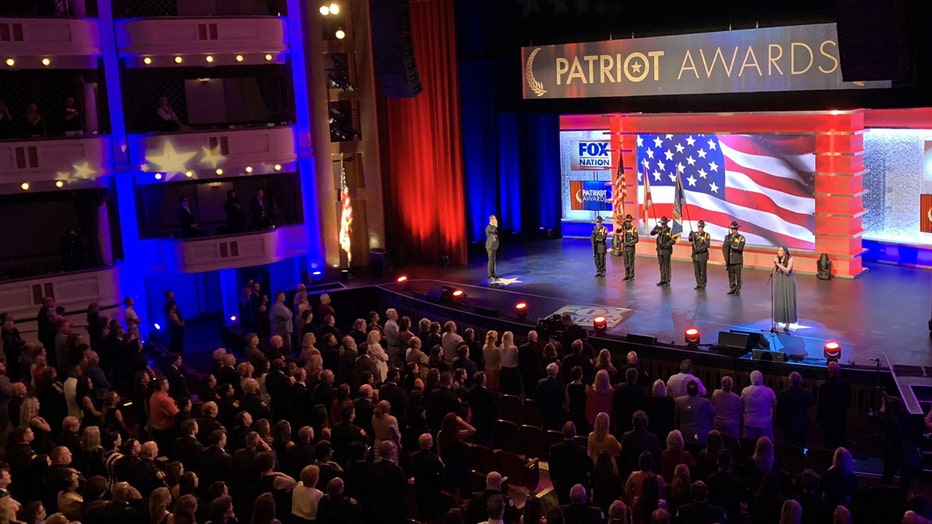 Patriots exist on every street corner of Central Florida. For example, the Patriot Guard Riders are a group of motorcycle enthusiasts who stand and provide honor and respect for fallen veterans, active-duty military members, and first responders. They escort them from funeral homes to cemeteries. They originally formed to shield and protect families from protestors and had just about a half-dozen members. They now have over 340,000 riders across America.

The traveling 'War on Terrorism' memorial wall was created by the Florida chapter of the Patriot Guard Riders. The wall is displayed at big events to remind Americans that we are still fighting the war on terrorism.

The FOX Patriots Awards were streamed online on FOX Nation. It can be watched again on the FOX News channel on November 24th.