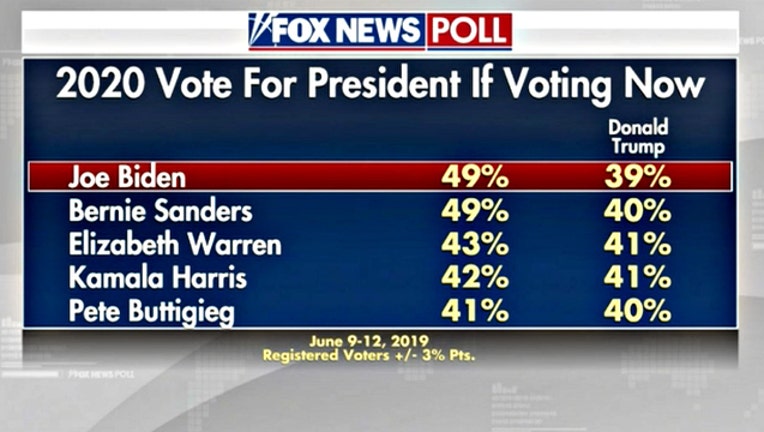 President Trump plans to launch his re-election campaign on Tuesday amid a new Fox News poll that shows him losing to major Democratic candidates.

The poll, which was taken from June 9 to June 12, shows former vice president Joe Biden beating Trump 49 to 39 percent.

The poll has a margin of error of plus or minus three points.

You can read more on FoxNews.com.