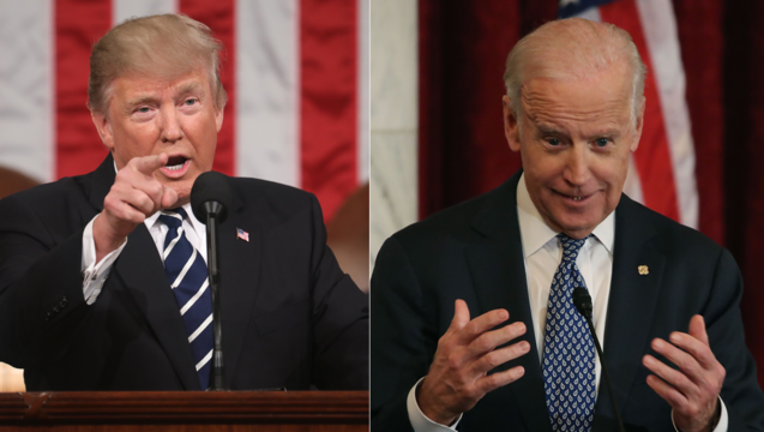 The poll was released Thursday and has Biden at 49 percent and Trump at 39 percent in a nationwide survey of registered voters. Biden was the best performing Democratic candidate against Trump and the only one with a double-digit lead.

The poll found Bernie Sanders up by six points vs Trump and Trump beating Elizabeth Warren and Kamala Harris by one point.

Trump complained about the results of the poll in two tweets on Friday.

“So different from what they used to be during the 2016 Primaries, & before - Proud Warriors! Now new Fox Polls, which have always been terrible to me (they had me losing BIG to Crooked Hillary), have me down to Sleepy Joe,” Trump tweeted.

“That is incorrect. FOX News Opinion Polls are the public’s opinion not of @foxnews,” she said, going on to explain the polling process.

“@realDonaldTrump, we know you love the polls. We're glad you saw the latest from Fox: Biden 49%, Trump 39. You're losing by ten. Have a nice day,” the Team Joe account said.

Biden has long been the best polling candidate among Democrats contending for the 2020 primary nomination. But his lead among Democratic voters has narrowed some in a series of polls after the first debate at the end of June. A second debate will take place next week.

The poll included interviews with 1,004 randomly chosen registered voters nationwide who spoke with live interviewers on both landlines and cellphones. The poll has a margin of error of (+/- 3).