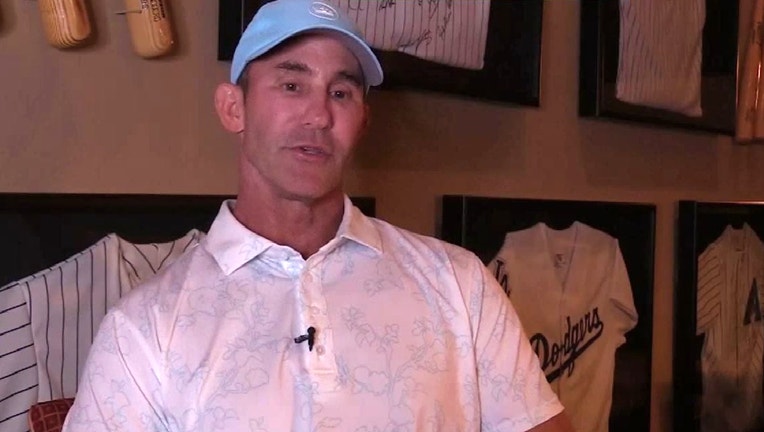 LAKE MARY, Fla. - Getting to the World Series isn’t easy. Winning one is even harder.

"This is the biggest stage that you can be on in professional sport. I just get chills, too. I love it now that fans are back in the stadium," Sanford native and former World Series MVP David Eckstein said.

The pressure to perform is at an all-time high when competing on the big stage. It’s something former Red Sox pitcher and Lake Mary resident Curtis Leskanic knows well.

Leskanic won a World Series with Boston in 2004. But it was in the American League Championship Series against the New York Yankees where he shined.

It was Game 4, a tied ball game with the bases loaded and two outs.

Leskanic came in on the relief in the 11th inning and threw 1 1/3 scoreless innings. The Red Sox won this game and the series, which sent them to the World Series

"Of course when you’re a kid, that’s all you think about… is that last-second shot. To be in that situation at that time was surreal," Leskanic said.

Years following that 2004 championship, he could hardly go anywhere without someone bringing it up.

Winning a World Series can boost a player’s profile with fans. It can also solidify legacies.

"There’s guys on both sides who really have Hall of Fame credentials. Sometimes a World Series can push you into that status," Leskanic said.