FOX 35's Ryan Elijah has an exclusive interview with President Donald Trump during his visit to The Villages.

The President spoke at the Sharon L. Morse Performing Arts Center about his administration's health policy and went on to sign an executive order that will protect and improve Medicare.

“Medicare is under threat like never before," President Trump said. "As long as I am President, no one will lay a hand on your Medicare benefits.” 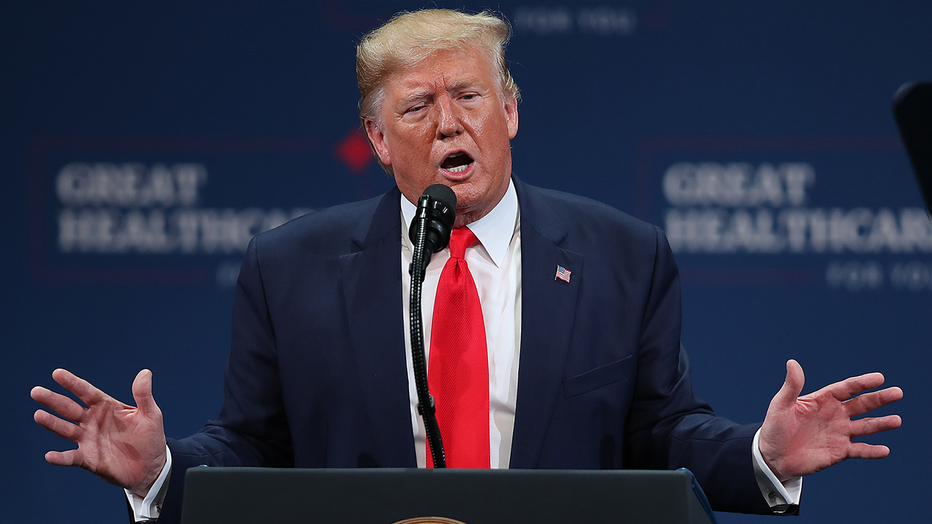 President Trump went on to say that "in ten years, our country will be aids-free."

Big crowds came to The Villages on Thursday President Trump speak. While many supporters were in attendance, protestors also were. Several local Democratic leaders and senior advocates protested on Thursday morning.

Florida Governor Ron DeSantis was also in attendance. He recently announced that he, on behalf of the Republican Party of Florida, is raising money to back the President's 2020 re-election campaign.

The President was originally supposed to the visit The Villages in August, but the event was postponed in the wake of the shootings at Walmart in El Paso, Texas and Dayton, Ohio. This is the President's first visit back to Florida since June, when he officially launched his 2020 re-election campaign in Orlando.

RELATED: Impeachment inquiry: Here’s what it means and what happens now

President Trump's visit also comes as an impeachment inquiry has been launched against him. It centers on whether Trump abused his presidential powers and sought help from a foreign government for his reelection. Pelosi said such actions would mark a "betrayal of his oath of office."