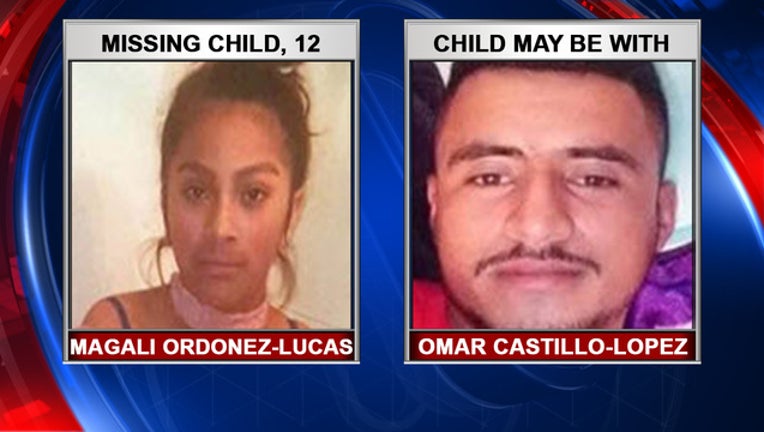 JACKSONVILLE (FOX 13) - UPDATE: The Florida Department of Law Enforcement has canceled the Missing Child Alert for 12-year-old Magali Ordonez-Lucas. They say she was located and is safe. No other information was provided.

A Florida Missing Child Alert has been issued for a 12-year-old from Jacksonville, Florida.

Federal and local officials are searching for Magali Ordonez-Lucas, who went missing on Monday. According to the Jacksonville Sheriff’s Office, they responded to her home at 3800 South University Boulevard after 9 p.m.

Officials say she could be in the company of Omar Castillo-Lopez, believed to be about 24 years old, after he called the victim’s father on Tuesday around 11:30 a.m. Deputies say Castillo-Lopez told the 12-year-old’s father that he was in love with his daughter and was leaving with her. It's unclear how Castillo-Lopez met the child.

Deputies are unsure if they could be walking or in a vehicle. Magali was not see or heard from since 3 a.m. on Monday when her father left for work. She is described as a white or Hispanic female, 5'6 feet tall, weighs 113 pounds, with black hair and brown eyes.