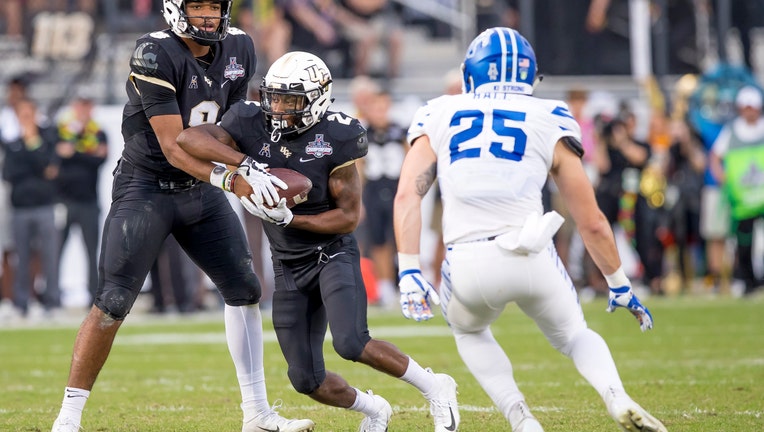 UCF Knights quarterback Darriel Mack Jr. (8) hands off to UCF Knights running back Otis Anderson (2) during the AAC Championship football game between the UCF Knights and the Memphis Tigers on December 1, 2018 at Bright House Networks Stadium in Orla

JACKSONVILLE, Fla. - A former UCF football player has passed away after a shooting in Jacksonville, law enforcement confirmed on Tuesday.

According to the Jacksonville Sheriff's Office, Otis Anderson Jr. was fatally shot on Monday night. His mother, Denise Anderson, was also shot but survived.

Anderson Jr. was formerly a running back for the University of Central Florida's football team and was just 23-years-old.

In addition, the Jacksonville Sheriff's Office confirmed on Tuesday that Otis Lee Anderson Sr. has been arrested for second-degree murder and attempted second degree murder.

The arrest report said that officers were dispatched to the shooting and located Anderson Jr. suffering from at least one gunshot wound to the chest. A second victim, Denise Anderson, was also said to be suffering from multiple graze wounds. Both victims were transported to a hospital. Anderson Jr. was pronounced deceased while Denise Anderson was treated and later discharged.

MORE NEWS: Here's when gas prices could drop in Florida

The Jacksonville Sheriff's Office redacted details following this part of the report but stated that Anderson Jr.'s injuries appeared to be a gunshot wound to his chest and back. There was also a pool of blood outside the residence where he collapsed. A bullet strike and projectile were located in the front window inside the formal dining room. Another projectile was located on the master bedroom floor and multiple fragments were located around the kitchen sink. 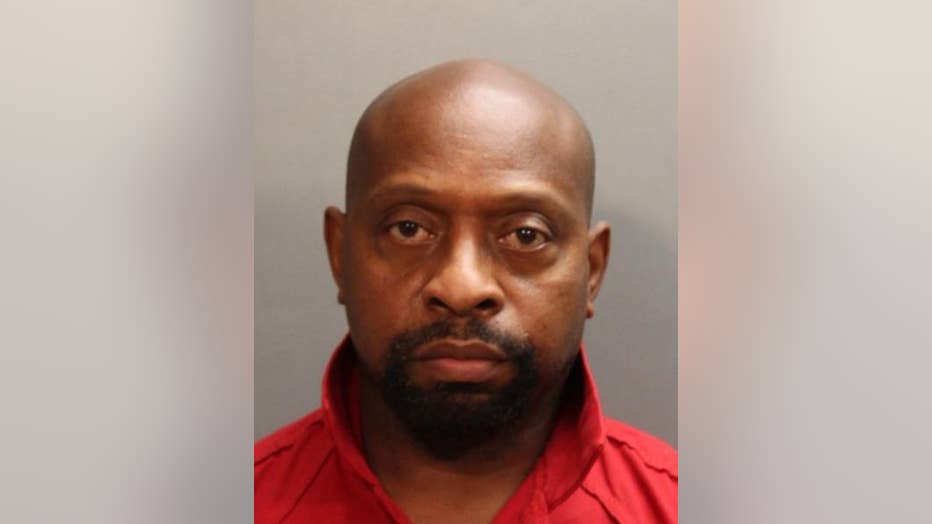 Several former teammates have tweeted about the loss of Otis Anderson Jr. on Tuesday.