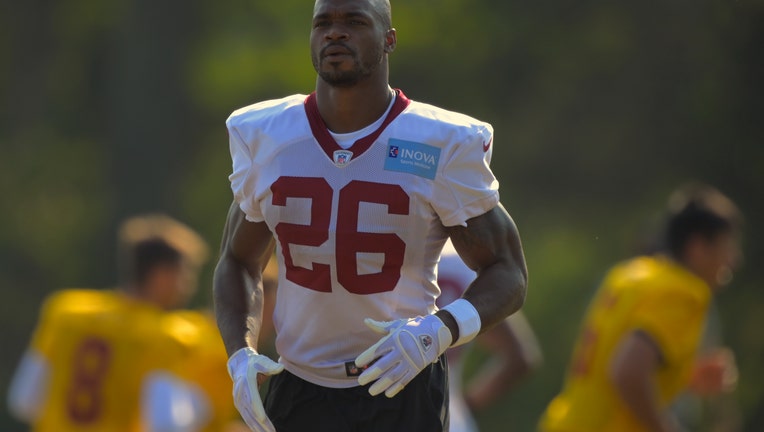 Officers responded to Terminal 7 at LAX around 8:30 Sunday morning for an incident on a plane departing for Houston. According to LAPD, an argument that allegedly got physical forced the plane to return to the gate. That's when officers arrested Peterson, 36, was arrested. According to TMZ, the argument was apparently between Peterson and his wife.

Peterson and his wife had apparently been in Los Angeles for the festivities ahead of Super Bowl LVI at SoFi Stadium in Inglewood, according to TMZ.

Peterson was arrested and charged with child abuse back in 2014 after it had come to light that he had allegedly punished his son by hitting him with a branch. He pleaded no contest to misdemeanor reckless assault. and served two years of probation.