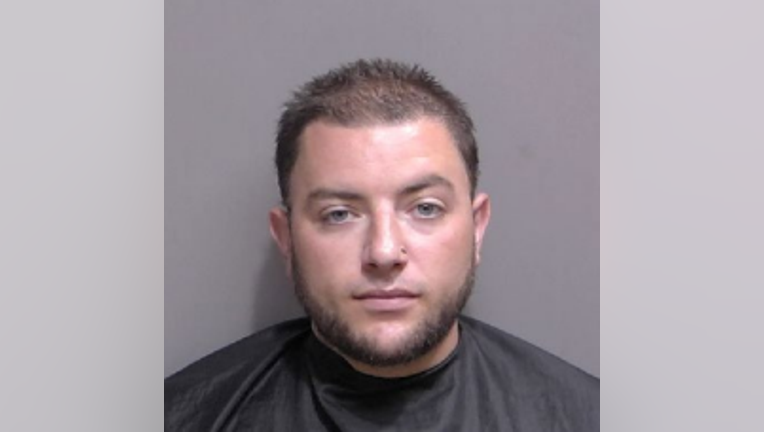 Deputies said 31-year-old Spenser Trinkle turned himself in on fraud and grand theft charges after a warrant was issued for his arrest.

The senior citizen alerted authorities after she noticed several transactions from her checking and savings account were being made to Trinkle.

FCSO said there were a total of nine Zelle transactions from her account to Trinkle's from April 26 through May 10, totaling $3,857.78.

At first, Trinkle reportedly told law enforcement that he didn't know how the funds were transferred to his account and believed someone had hacked his account.

He later admitted to using the money to pay for medical bills for his child.

The woman initially didn't press charges against Trinkle, who said he'd repay her with the GoFundMe donations for his child’s medical expenses, but she changed her mind several days later, FCSO said.

Trinkle was booked into the Sheriff Perry Hall Inmate Detention Facility and was later released on a $3,000 bond.

STORY: Police warn of bears in this Volusia County community

The sheriff's office said Trinkle worked as a child protective investigator. He was reportedly friends with the woman and had helped her around her home with various tasks.

"And another dirtbag award goes to this guy, whose job is to help protect children while he’s stealing from the elderly," Sheriff Rick Staly said in a statement. "I’m glad he is now a former employee of DCF. Now let’s hope this guy doesn’t get the opportunity to steal from others again and he learns a lesson with his new criminal record."