Florida's former top COVID-19 number cruncher tells reporters she has tested positive for the coronavirus. She made that announcement moments after bonding out of jail, charged with stealing email addresses of state employees. These allegations come weeks after agents raided her home and confiscated her laptop.

TALLAHASSEE, Fla. - A former Florida Department of Health, who was fired for insubordination after repeatedly violating the agency’s policy about communicating with the media, turned herself in to sheriff’s officials on Sunday night on charges of accessing computer equipment without authority.

The Florida Department of Law Enforcement (FDLE) announced the arrest of Rebekah Jones, 31, on Monday morning. The agency said she is charged with one count of offenses against users of computers, computer systems, computer networks and electronic devices.

Police issued a warrant for her arrest after raiding her home last month.

Jones tweeted on Sunday morning that "insurrectionists planning attacks across the country this week and Florida is jailing scientists for the crimes of knowing and speaking." She also tweeted that she is "censored by the state of Florida until further notice."

The investigation began Nov. 10 after FDLE received a complaint from the state’s health department that someone illegally accessed a state emergency-alert messaging system, known as ReadyOp, a news release said.

Agents determined the message was sent from the home where Jones lived in Tallahassee, the news release said. 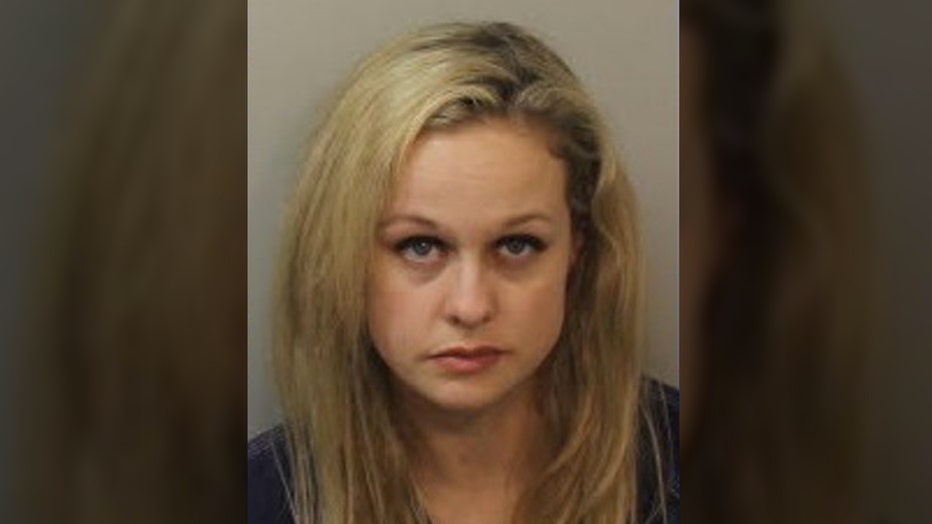 The agency obtained a search warrant and evidence received from the home on Dec. 7 shows that Jones illegally accessed the system and sent a message to about 1,750 people, and downloaded confidential data and saved it to her devices.

The case will be prosecuted by the state attorney’s office in Tallahassee.

Rebekah Jones makes first appearance in court after turning self in

Florida's Former Health Department Analyst Rebekah Jones has turned herself in and has made her first appearance in a Leon County courtroom on Monday morning.

MORE NEWS: What time is the inauguration? Answers to your questions about Inauguration Day 2021

Jones contends that she was fired for not falsifying data. She sued the state in December, calling the search of her home a "sham."

After the search warrant was executed, Jones posted a 31-second video of officers entering her home, and the department later released more than 20 minutes of bodycam video that shows she refused to respond to phone calls and knocks on her door.

Body camera video released by the Florida Department of Law Enforcement shows officers attempted to contact Jones for several minutes. At approximately 15 minutes into one of the body camera clips released by the FDLE, Jones answers the door.

The message that led to the search warrant implored employees still at the Health Department "to speak up before another 17,000 people are dead. You know this is wrong. You don’t have to be a part of this. Be a hero."

While Jones has had several run-ins with law enforcement over personal issues, she gained international attention by disputing Florida’s COVID-19 statistics.

As a Department of Health employee, she was paid an annual salary of nearly $48,000. Since May she has raised more than $273,000 on a GoFundMe account after criticizing Republican Gov. Ron DeSantis.