ORLANDO, Fla. - The FOX 35 Storm Team is currently tracking three systems, two of which have high chances for possible development in the tropics.

The first is an area of low-pressure area located a few hundred miles south of the Cabo Verde Islands. It currently has a 90-percent chance of developing.

The National Hurricane Center says a tropical depression is likely to form during the next couple of days while the system moves generally westward across the tropical Atlantic Ocean. 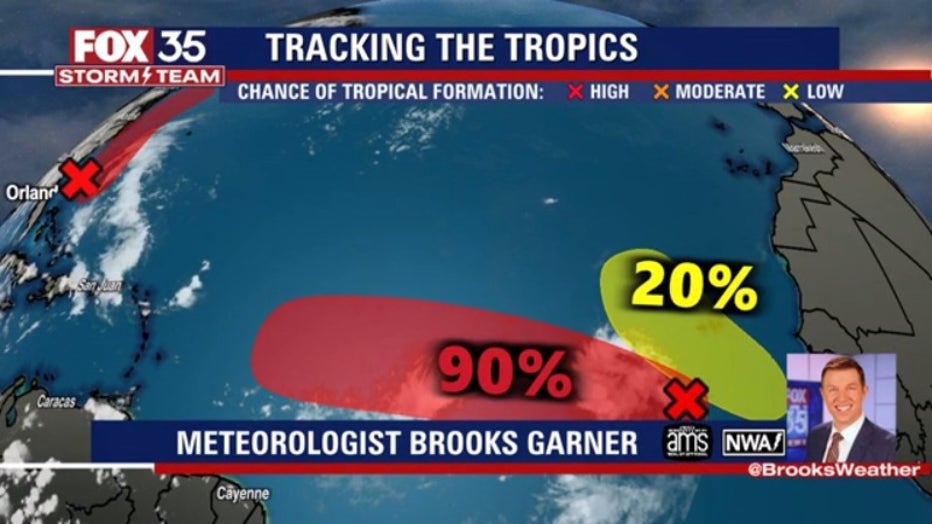 Another is a trough of low pressure located a few hundred miles northeast of the central Bahamas, which is producing a large area of disorganized showers and thunderstorms. The NHC says a tropical depression is likely to form while the system moves north-northwestward to northward across the western Atlantic. Chances for development remain high at 70 percent. 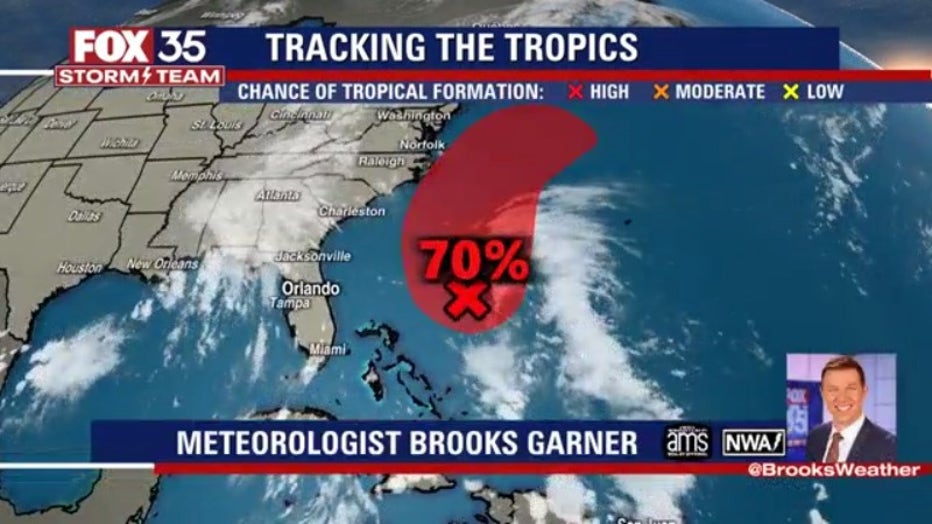 The third system being watched is a tropical wave that is expected to emerge off of the west coast of Africa in a day or two. Right now, chances are low for development at 20 percent. Environmental conditions are forecasted to be conducive for development while the system moves west-northwestward over the far eastern Atlantic. 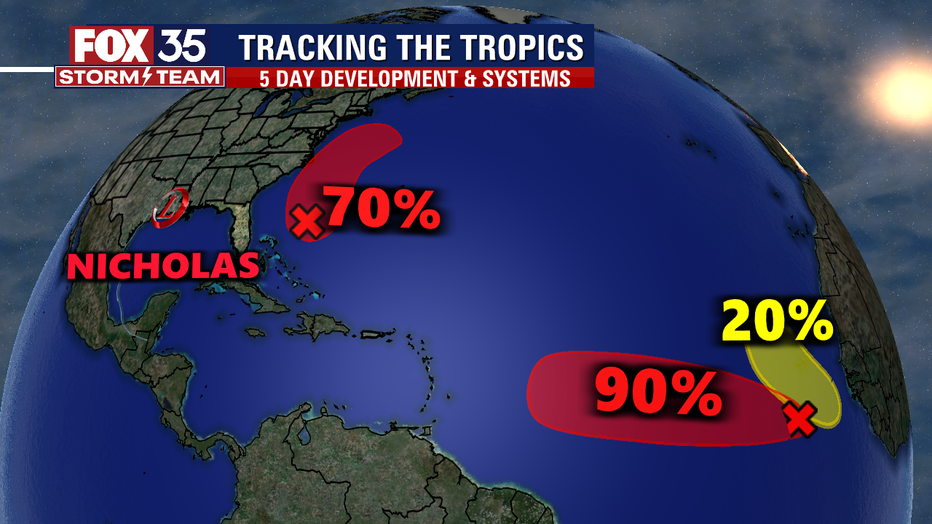