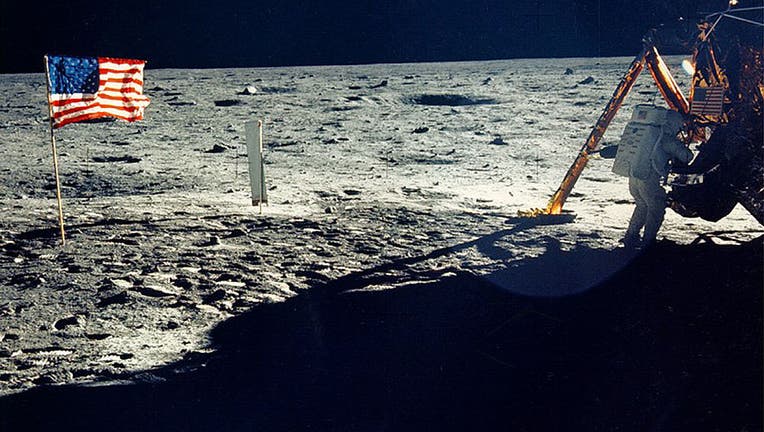 One of the few photographs of Neil Armstrong on the moon shows him working on his space craft on the lunar surface.

LOS ANGELES - Have you ever wanted to own a piece of the moon? Well, now you can.

Moon dust samples collected by none other than Neil Armstrong himself during the historic Apollo 11 mission in 1969 are currently up for auction.

The auction item up for bid at Bonhams in New York City includes five samples of lunar dust worth up to $1.2 million, according to the auction house.

"I think one of the keys for this is that it’s from the contingency sample. So it’s the very first dust [collected] and it’s collected by Neil Armstrong who’s like, you know, he’s the guy," Adam Stackhouse, Bonhams’s senior specialist in science and technology told Atlas Obscura.

The potential owner of this historic artifact will receive a blue plastic container containing five aluminum disks each carrying a small piece of carbon tape used to retrieve the lunar samples.

On July 20, 1969, 650 million people around the world watched on TV as Apollo 11 astronaut Neil Armstrong took his historic step into the pages of history, according to NASA.

When Armstrong and Buzz Aldrin became the first humans to step onto the lunar surface, they gathered a small "contingency sample" of dust before carrying out the rest of their mission should things go wrong, according to NASA.

An astonishing achievement, the mission delivered on President Kennedy’s 1961 promise to land an American on the moon by the end of that decade. With the American flag flying proudly on the Sea of Tranquility, the United States had finally won its space race with the Soviet Union.