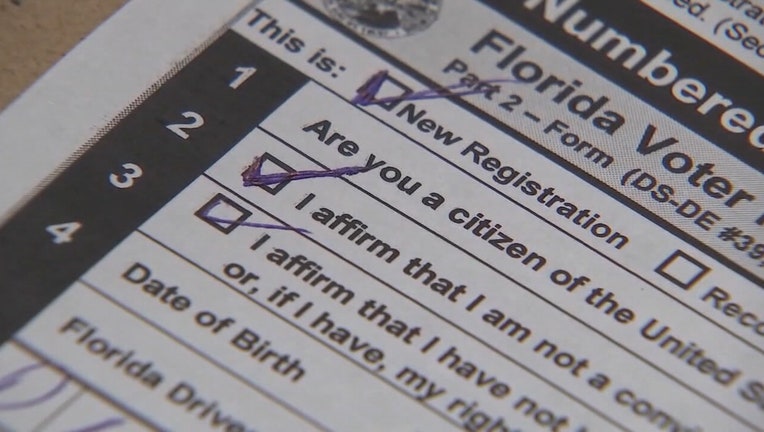 TALLAHASSEE, Fla. - Secretary of State Laurel Lee reiterated Wednesday the state has already conducted an audit of the 2020 election, after a Republican senator said "a lot" of Floridians are concerned about the election.

"We have already completed an audit of all 67 counties," Lee said. "And that audit demonstrated an exceedingly high level of election integrity and, again, demonstrated that our results were accurate, reliable."

Lee added, "Another important fact is that not only do we conduct audits after every election, but those audits are also open to the public. So, they're entirely transparent. And any member of the public who has questions or wants to know more or wants to ensure for themselves that they can rely upon and feel confident in our elections outcomes is invited and welcome to participate and actually observe that audit for themselves."

Sen. Ed Hooper, R-Clearwater, said he’s met with "a lot" of constituents "certain that our election process needs a forensic audit and that elections were in turmoil."

Asked Tuesday about the need for such an audit, Gov. Ron DeSantis replied, "So, that has happened. It passed with flying colors in terms of how that's going."

The questions were raised because a growing number of Republicans have pushed for a recount of the election that former President Donald Trump won relatively comfortably in Florida --- though he lost nationally.

Meanwhile, state Rep. Anthony Sabatini, R-Howey-in-the-Hills, has filed legislation (HB 99) that would require DeSantis to appoint an independent third party to conduct a forensic audit of the 2020 general election. An audit this year in Arizona drew controversy but ended up confirming President Joe Biden’s victory over Trump in the state.