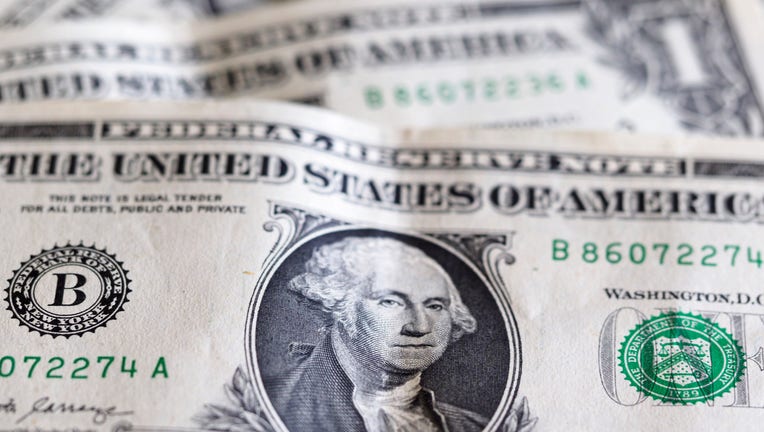 GERMANY - 2022/07/15: In this photo illustration, One US dollar bills are seen displayed. (Photo Illustration by Igor Golovniov/SOPA Images/LightRocket via Getty Images)

In November 2020, voters in Florida approved Amendment 2, which changed Florida's constitution to gradually increase the state's minimum wage to $15.00 an hour by 2026.

There are 25 states in the U.S. that will be raising their minimum hourly wage in 2023. Dozens of states will be seeing those effects take place on January 1, 2023, while some states — like Florida — will see a later date for its minimum wage increase.

The approval of Amendment 2 allows Florida to increase its minimum wage by a dollar each year until 2026.

Once 2027 rolls around, the minimum wage will be adjusted annually for inflation.

Back in November 2022, workers in Central Florida's tourism industry were pushing to raise their minimum wage to at least $18 per hour. The workers argued that inflation has spliced their earnings making it difficult for them to make ends meet.

Unite Here Local 737 released a report saying that an adult worker with no dependents would need to earn $18.19 an hour to make a living wage, while a family with two children would need both parents to earn $23.91 an hour for a living wage.

Local 737 is part of a coalition of other unions currently negotiating a new, five-year contract for service workers at Walt Disney World, Central Florida’s largest employer.