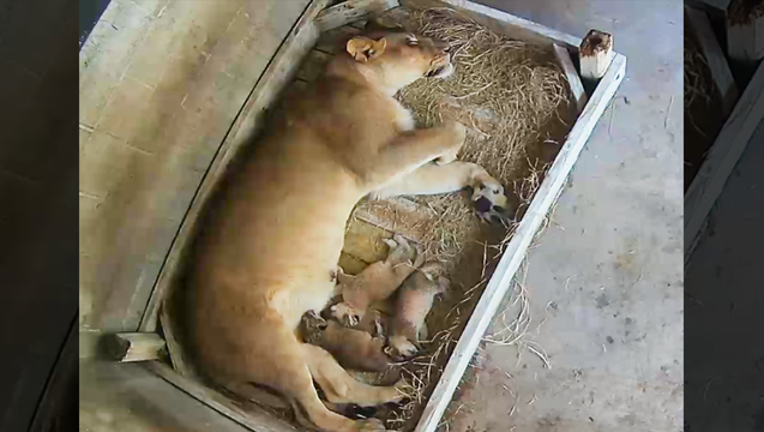 The Naples Daily News reports this is the first time in 30 years that the Naples Zoo at Caribbean Gardens has had lion cubs. The zoo announced the birth of the cubs on Thursday; one was born May 13 and two were born May 14.

The cubs and their mother, 13-year-old Shani, may be exhibited late this summer.

"Although 13-year-old Shani is older than the average first-time lion mother, the cubs are all doing well and it's wonderful to see her being such a good mom," the zoo wrote on Facebook.

The zoo says it will host a contest to name the cubs. It says zoo workers haven’t gotten close enough to the cubs to know their genders or weights, but the cubs are being monitored through video feeds.