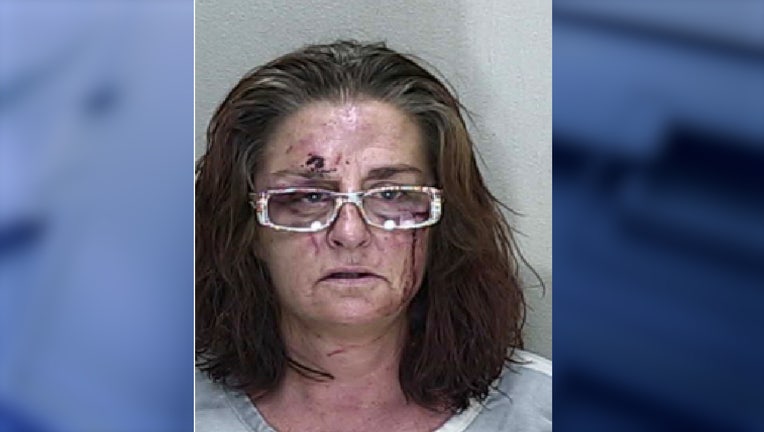 SUMMERFIELD, Fla. - A Florida woman was arrested for allegedly pouring hot sauce in a fish tank, killing seven of the eight fish inside, during a fight at her Summerfield home on the 4th of July, deputies said.

According to the Marion County Sheriff's Office, 51-year-old Tracy Bogan walked into a bedroom where her daughter and a man were in, and began arguing with the man.

He closed the bedroom door to separate himself from Bogan, but she pushed her way back in and started to hit him, an affidavit stated. At that point, Bogan decided to pour hot sauce into a nearby fish tank.

After that, she reportedly continued hitting the man, who deputies said defended himself. He told deputies he placed her on the ground to stop her from hitting him, and she allegedly "began to hit her head against the floor," the affidavit stated.

He told MCSO that he began recording Bogan prior to the incident and showed the video to deputies. In the video, Bogan did not have any blood or injuries at the time she began hitting him, the report said. The man, however, had a small cut above his brow.

Deputies took Bogan to an Ocala hospital to be treated for her injuries. While at the hospital, she allegedly showed deputies a video of the dead fish floating at the top of the tank.

When asked why she poured hot sauce in the tank, MCSO said her reasoning was because she bought 75% of the fish.

Bogan was later booked into the Marion County Jail on charges of animal torment and battery.

She's being held without bond.