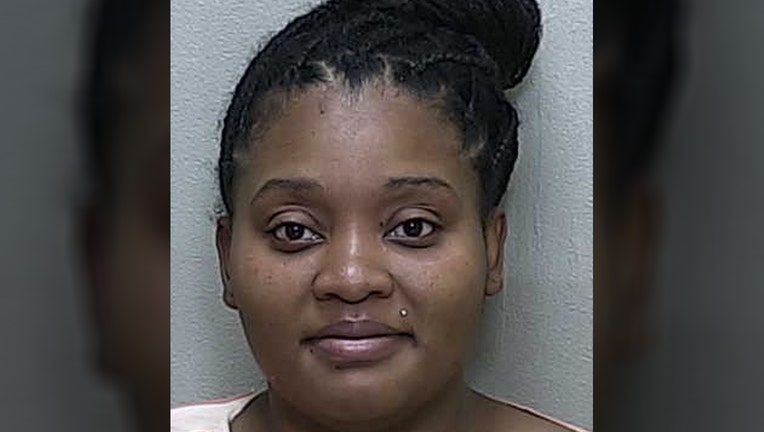 MARION COUNTY, Fla. - A woman pleaded to be arrested after being pulled over for driving drunk with three children inside the vehicle, stating that "No, I'm drunk, I'm telling you I'm drunk, just put me in handcuffs, I ain't got time for all this (expletive)."

The Marion County Sheriff's Office says that on Wednesday evening, a deputy pulled over 27-year-old Zantana Shantay Cannon after witnessing her driving erratically, swerving, and running a stop sign with a child in the car.

Upon being pulled over, the deputy said Cannon poured a bottle of wine out in the floorboard of the passenger seat of her car. There were also three children in the car.

The deputy attempted to do field sobriety exercises with her, but the Sheriff's Office said that Cannon reacted by saying "No, I'm drunk, I'm telling you I'm drunk, just put me in handcuffs, I ain't got time for all this (expletive)."

She did end up performing the field sobriety exercises but the deputy said she failed. She was arrested and blew a blood alcohol content of .264 and .261 when tested.