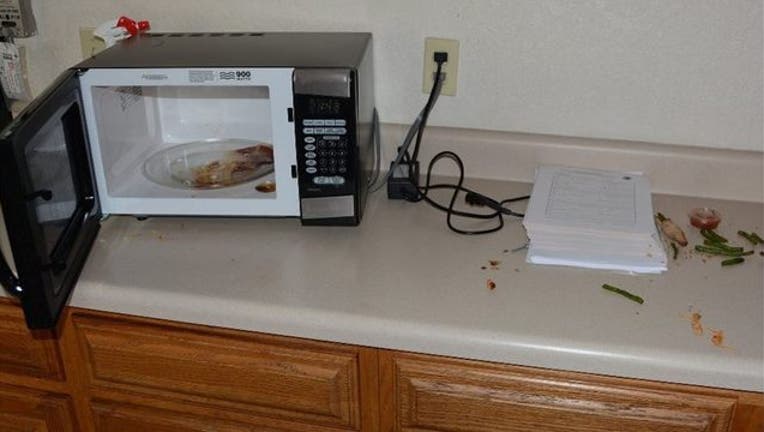 FOX NEWS - A quick meal could end up costing one woman a lot more than money.

Yvelande Jean-Pierre allegedly broke into a Boynton Beach Police Department facility Jan. 3 and heated up some meals in the cops' microwave, allegedly eating one officer's chicken. But the insatiable intruder reportedly made a key mistake, leaving behind her wallet -- which included a state-issued ID card.

“Her first mistake was breaking into our substation,” the Boynton Beach Police Department posted on their Facebook page. “The second was eating Agent Berben's chicken and asparagus (although she's clearly not a fan of asparagus).”

An image from police showed the state of their kitchen after the messy muncher made the unexpected visit. Pieces of a green vegetable -- likely the aforementioned asparagus -- could be seen strewn across a counter.