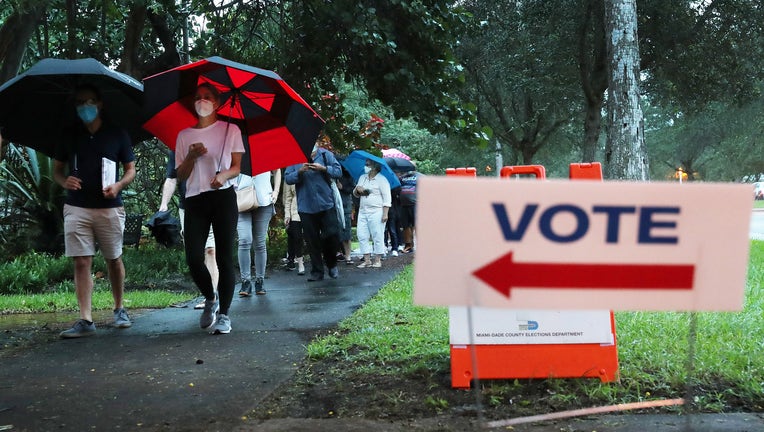 ORLANDO, Fla. - The first day of early voting in Florida was on Monday and hundreds of thousands of Floridians participated, reports say.

According to the News Service of Florida (NSF), about 350,000 Floridians cast their ballots on the first day of early voting for the 2020 general election.

In addition, they said that 2.7 million citizens have voted by mail. Between that and the early votes, 20 percent of all registered Floridians have voted already.  As of Monday morning, Democrats returned nearly 1.23 million ballots, while Republicans had returned over 757,000.

While long lines were spotted at locations across the Sunshine State, there were no serious problems reported. The Associated Press (AP) said the most populous counties reported wait times of 15 minutes or less at most of their early voting sites Monday, although a few sites reported waits of up to 90 minutes. However, one Palm Beach County site reported a three-hour wait.

The AP also said that one county had to close an early voting site after the elections supervisor and an employee tested positive for COVID-19 and Orange County's website went down. No other significant issues were reported by counties or voting rights groups.

With 29 electoral votes, Florida is crucial to both President Donald Trump and Democratic Presidential candidate Joe Biden. The state typically has close elections, most notably in 2000 when Republican George W. Bush defeated Al Gore by 537 votes after a recount.