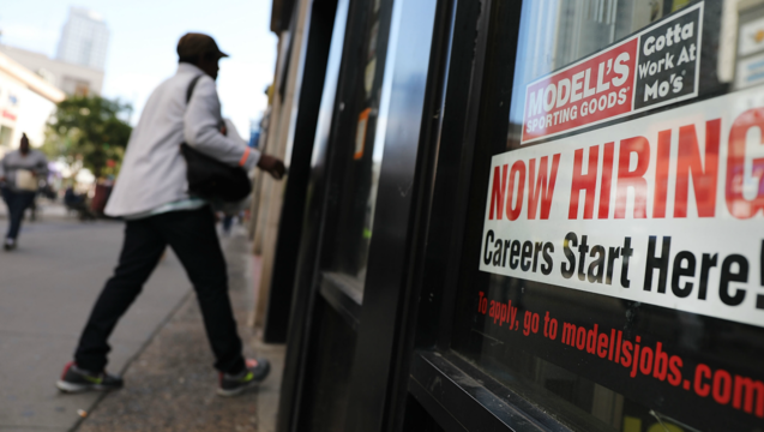 A now hiring sign is displayed in the window of a Brooklyn business on October 5, 2018 in New York, United States. (Spencer Platt/Getty Images)

Figures released by the state Friday show that 335,000 Floridians were jobless in December out of a workforce of nearly 10.3 million.

Florida's unemployment rate remains below the national rate of 3.9 percent.

Monroe County had the state's lowest unemployment at 2.6 percent, followed by St. Johns and Okaloosa County at 2.7 percent each.

Gulf County had the highest unemployment rate at 7.9 percent, followed by Bay County at 5.9 percent. Both counties were hit hard by Hurricane Michael in October.