ORLANDO, Fla. - New video released by the Florida Highway Patrol shows a high-speed chase that ended with four people arrested, and a FHP trooper losing control of their vehicle and crashing into a tree.

The trooper was taken to the hospital with minor injuries and has since been released,

Police said the four suspects were possibly street racing, which has become a major issue in Central Florida over the years.

The dashcam video shows a blue BMW with a driver and three passengers traveling over 100 mph at some points in South Orlando around 1 a.m. on Saturday. Video showed the start of the pursuit at Orlando International Airport, as the vehicle travels throughout Orlando, and the moment the trooper crashed head-on into some trees.

"The occupants of the vehicle abandoned it and fled on foot. The suspects were quickly apprehended by law enforcement and all four suspects were not injured during this incident," said Lieutenant Tara Crescenzi with Florida Highway Patrol. 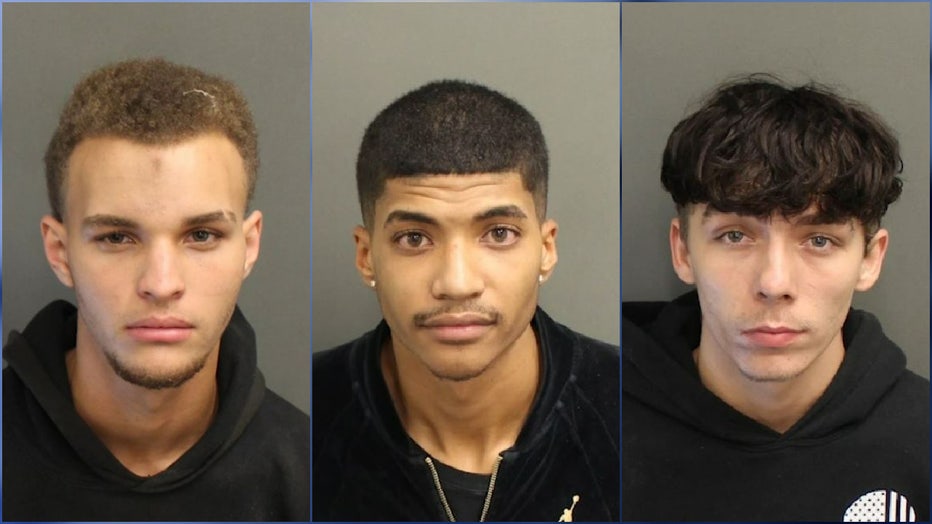 However, authorities said hours before htier arrest, the same group was pulled over for speeding at an international near Southport and Palm Bay Drive, and may have been street racing.

"For street racing, it is extremely dangerous because at a high rate of speed with other traffic on the roadway you are not only risking your life but the life of everyone else around you," FHP Lt. Crescenzi said.

He said the agency has been cracking down on street racing over the years, but it is still a serious and dangerous issue.