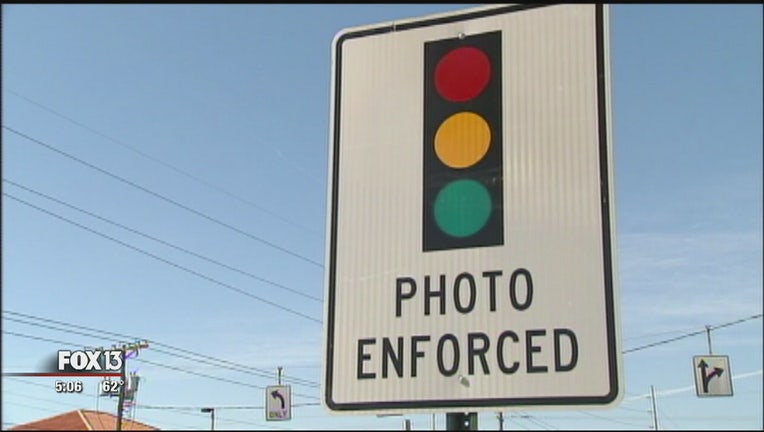 The court heard arguments in a lawsuit filed by motorist Steven Pincus against American Traffic Solutions, Inc. after Pincus was nabbed running a red light in 2018 in North Miami Beach.

But some justices pointed Tuesday to Pincus’ decision to pay the fine by credit card, as he could have avoided the extra $7.90 fee by paying with a check or money order.

"What you are complaining about is the $7.90 payment, and that is completely voluntary," Justice Alan Lawson said to Pincus’ attorney, Bret Lusskin. "You could avoid it by paying a different way."

Similarly, Chief Justice Charles Canady said a key factor "is that the choice to make an electronic payment is entirely voluntary."

"It seems to me that this idea that is at the core of your case is that people were forced," Canady said. "You say they were shaken down, they were robbed."

But Lusskin argued, in part, that the additional fee was not allowed by state laws aimed at having uniform traffic rules. Also, he said American Traffic Solutions, a major player in the red-light camera industry, can’t require motorists to pay additional fees and that it is an "illusion that this is voluntary."

"There is $7.90 that is in ATS’ (the company’s) hands that should be in Mr. Pincus’ hands," Lusskin said. "It was unlawful for them to impose any additional fee, fine, surcharge or costs, and it’s illegal to collect a commission."

Red-light cameras in Florida have long been controversial and have spawned a variety of legal challenges. Also, the Legislature has repeatedly considered repealing a law that allows local governments to use red-light cameras, though such a repeal has not passed.

Pincus filed the lawsuit in 2018 in federal court in South Florida, but U.S. District Judge Donald Middlebrooks sided with American Traffic Solutions in 2019 and dismissed the case. Pincus challenged the decision at the 11th U.S. Circuit Court of Appeals.

A panel of the appeals court in February asked the Florida Supreme Court to help resolve questions about interpretations of state law in the case, a process known as certifying questions to the state court. That led to Tuesday’s hearing.

"So, the statutory issues raised by this case --- which will determine whether a vendor may add a surcharge to red light camera penalties in exchange for permitting individuals to pay their penalties by credit card --- may affect millions of Floridians and dozens of Florida’s municipal traffic enforcement regimes," the February decision by the appeals court said. "Resolution of the common law issues may also reverberate throughout Florida, affecting Florida’s unjust enrichment law across diverse contexts. Principles of federalism and comity counsel us not to attempt to divine the answers to these challenging and important questions of Florida statutory and common law."

It is unclear when the Supreme Court will issue an opinion in the case, a process that typically takes months.

Like the justices, Joseph Lang, an attorney for American Traffic Solutions, pointed to Pincus’ decision to pay by credit card instead of using another method.

"While he was compelled to pay the violation, he was certainly not compelled in any way to choose to pay with a credit card," Lang said. "He could have paid with a money order or a check and not incurred the fee."