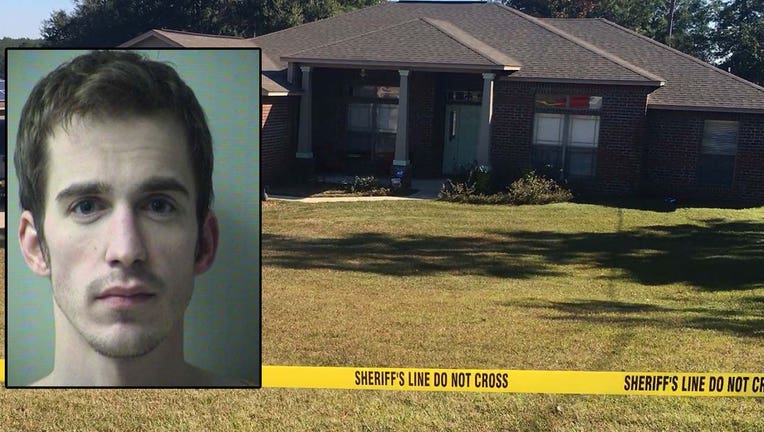 CRESTVIEW, Fla. - Authorities say a 30-year-old ex-Marine walked into a Florida police station and confessed to fatally shooting his parents and two dogs.

Sheriff’s deputies found the bodies of 51-year-old Jolene Price and 56-year-old Robert Price in the home’s master bedroom. An arrest report says they were shot in the head.

Nicholson said Price was living with his parents.

Marine Corps spokeswoman Yvonne Carlock tells the Northwest Florida Daily News that Price was deployed twice during Operation Enduring Freedom. She says he left the service because his character “was incongruent with Marine Corps’ expectations and standards.”