One Florida representative is planning an event in Ocoee.

“It’s the commemoration of the end of slavery in America,” Rep. Thompson said. “We know President Abraham signed the Emancipation Proclamation in 1863 but that was during the middle of the Civil War.”

Two years later, that news still had not reached all corners of the country.

“On June 19th, 165 union soldiers reached enslaved people in Galveston, Texas to read the Emancipation Proclamation and inform them of their freedom,” she explained. That’s when the Juneteenth celebrations began.

MORE NEWS: Juneteenth: A day of joy and pain - and now national action 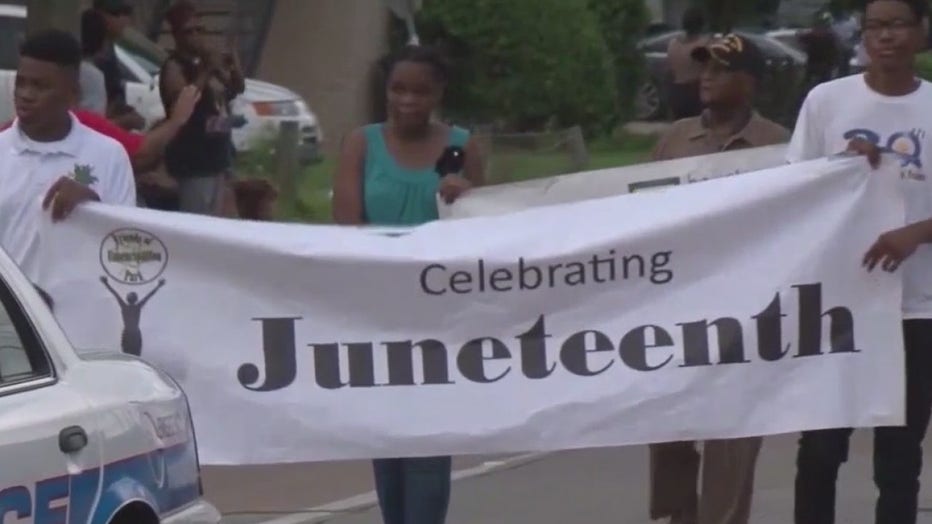 This year on the 155th anniversary of Juneteenth, Rep. Thompson recognizes the death of George Floyd is bringing to light the injustices the black community still experiences.

“People are now beginning to give more attention to the experiences of people who for too long have had their experiences, culture, and values ignored,” she said.

She is thankful corporate America is now recognizing that too. Twitter, Nike, and Orlando City announced that they are giving their employees a paid holiday to recognize the day.

MORE NEWS: These companies are observing Juneteenth as a holiday

“So I think that businesses are realizing that more diversity and recognizing the culture and experiences of people is a business imperative,” Rep. Thompson said.  She is vowing to do what she can to make sure recognizing Juneteenth is a movement, not just a moment.

On Friday, June 19th, Rep. Thompson is hosting the Juneteenth Rally For Justice -- a commitment to a movement, not just a moment. Several local leaders will speak. The event is from 10 a.m. to 2 p.m. at Bill Breeze Park in Ocoee. She said masks and social distancing will be required.