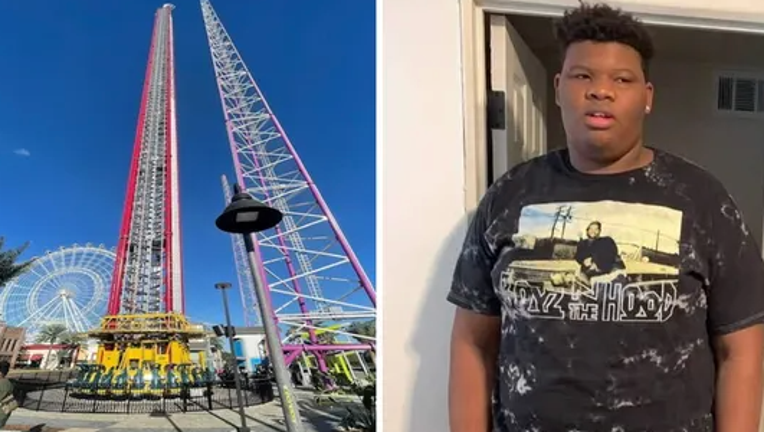 ORLANDO, Fla. - TMZ reports that a Florida rapper has offered to pay for the funeral of Tyre Sampson, the teen who fell to his death from a drop tower ride at Orlando's ICON Park last month.

According to the news outlet, rapper YK Osiris, who is from Jacksonville, is "in the process" of talking to Tyre's family about covering the costs of the 14-year-old's funeral.

In a video posted by TMZ, YK Osiris said when he heard about what happened to Tyre, he was in tears and he knew he had to help.

"It was just a devastating thing for the parents for everybody in his family, so I had to make it happen."

TMZ reports that YK Osiris would also like to attend the funeral if Tyre's family will allow him to.

"I definitely want to be there."

The attorneys for the Sampson family say they plan to file a lawsuit in the coming weeks after Tyre's deadly fall from the Orlando FreeFall attraction.

They say the ride's operations manual has a weight limit of 287 pounds, but there was no sign and no scale displayed for guests. Tyre reportedly weighed about 50 pounds over the limit, his father said.

Florida Agriculture Commissioner Nikki Fried said the agency hired Quest Engineering, a forensic engineering and analysis firm, to help with their investigation into how Tyre fell from the ride.