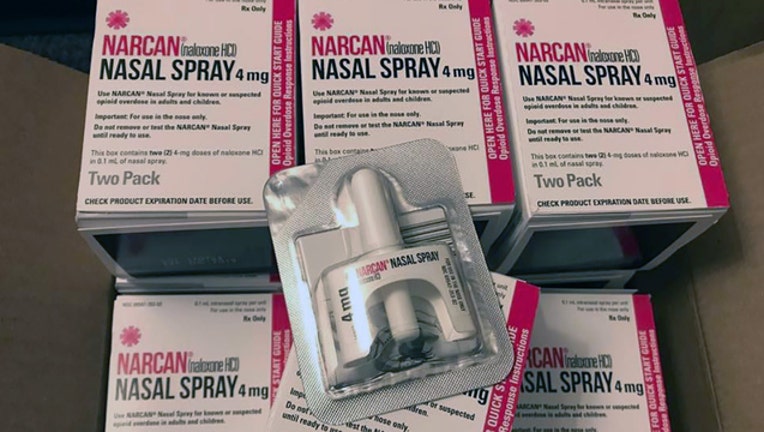 OCALA, Fla. (AP) - Twice in a week a Florida police officer has saved the lives of overdose victims.

On Wednesday, Ocala police Officer Alyssa Garcia was called to an apartment where a 33-year-old woman had collapsed. Garcia gave the woman a dose of Narcan, which is used to treat suspected opioid overdose victims.

The Ocala Star Banner reports medical personnel gave her another dose of Narcan before taking her to the hospital. The woman told Garcia she took what she thought was heroin, adding it may have been "a bad dose."

On Dec. 21, paramedics used Garcia's Narcan while she performed live saving measures on a man who overdosed at a motel.

The newspaper reports that since Dec. 1, there have been 33 overdoses in Ocala, with eight deaths and 12 Narcan saves.