The officer was sworn in just three years ago.

SANFORD, Fla. - The Sanford Police Department said that Officer Adam Feldman has been relieved of duty and placed on Administrative leave pending the outcome of a Criminal and Administrative/ Professional Standards Investigation.

They said that the department was notified that Officer Feldman was arrested for Driving Under the Influence (DUI) and Property Damage by the Lake Mary Police Department in the early morning hours of New Year's Day. This incident occurred while he was off duty. 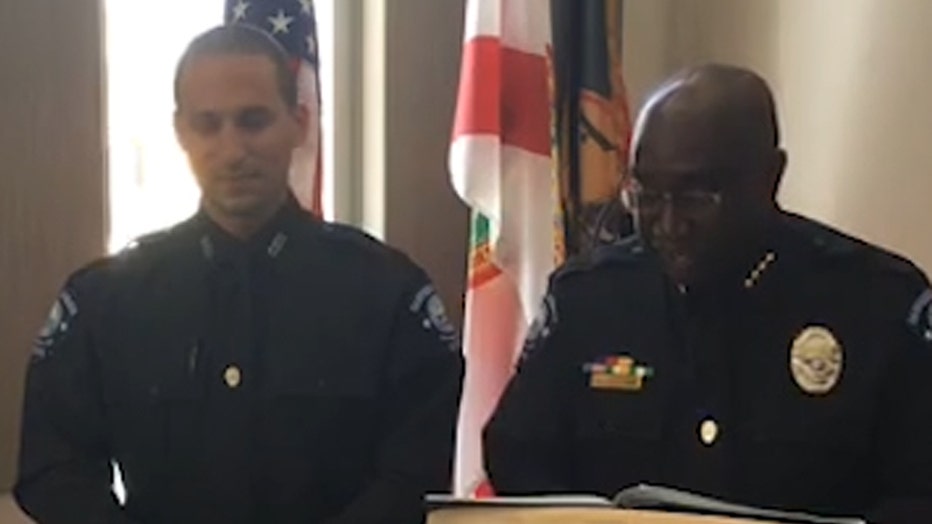 With that, Officer Feldman has reportedly been relieved of duty and placed on unpaid Administrative leave pending the outcome of the investigation.

"Officer Adam Feldman has been relieved of duty pending the results of the criminal and administrative investigation. We hold our officers, regardless of rank, to the highest standards of conduct and ethics. Although this is an ongoing investigation, it is important that we remain as transparent in the process as possible. It is important for the purposes of a sound investigation that all policy and protocol be followed," Sanford Police Chief Cecil Smith stated. "We ask for the community's support and patience as we conduct this investigation.”