"I felt violated. I felt absolutely violated," said a man who had a Trump 2020 flag stolen from his yard. Now, Volusia County sheriff's deputies are investigating

DELAND, Fla. - The Volusia County Sheriff’s Office is investigating after a local Navy veteran says his “Trump 2020” flag was stolen over the weekend.

Surveillance video shows two people walk up to the flag pole.  They grab the flag, pulling on it, and the pole snaps back into place and the two people take off running.

“This is what they found repulsive,” said the homeowner, Lendon Bendix, showing off his new Trump 2020 flag.

He’s gotten strong reactions from people passing by his flags before. Someone yelled profanities about Trump during FOX 35' interview with Bendix, but he says cutting down the flag is something new. 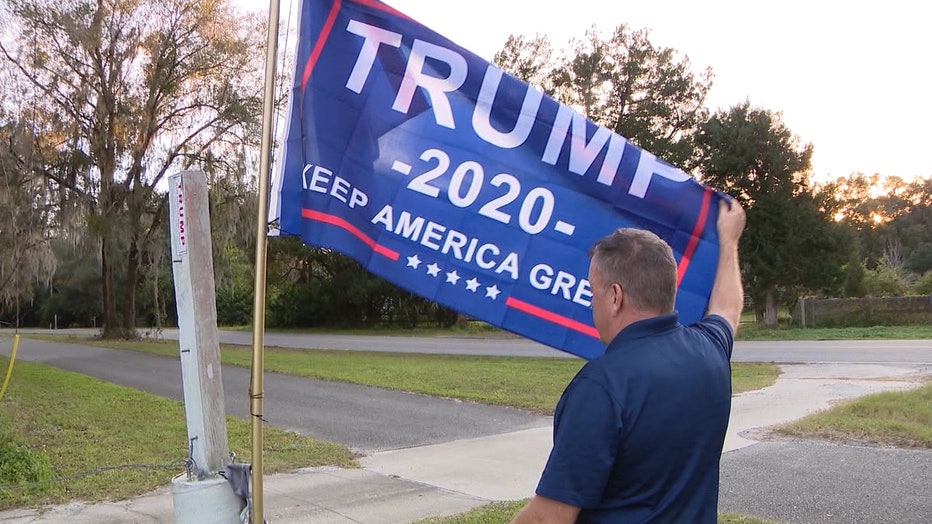 The President Trump supporter says despite the theft, he’d like to add even more flags.

“I’ve been in a combat zone. I’m not going to let somebody intimidate me. It’s just not gonna happen. We’re gonna leave those flags up. Why? Because I have a right to leave them up. It’s my property. I paid for it. I pay taxes on it. And I have a right to my opinion. They don’t like it, too bad,” he said.

The two people in the video have not been identified.