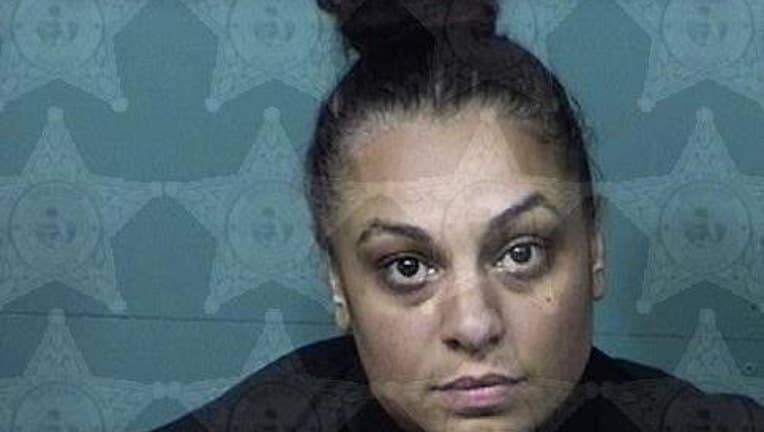 MELBOURNE, Fla. - A Florida mother has been arrested after allegedly threatening to blow up an elementary school in Melbourne because she says they weren't going to allow her to pick up her child.

Tiffanimarie Pirozzi is facing a charge of falsely reporting a bomb.

According to the Brevard County Sheriff's Office report, on Wednesday, Pirozzi was reportedly issued a trespassing warning from a school resource officer at University Park Elementary School after "disregarding SRO Chaney's lawful commands while attempting to issue her traffic citations after a traffic stop and a Brevard County Sheriff's Office trespass warning affidavit," the report stated.

Pirozzi reportedly threw the trespassing warning out of her vehicle and left the school. A short time later, she reportedly called 911 and said "I need a police officer to meet me at University Park Elementary school because I'm fixing to tear this b**ch down if they don't let me pick up my mother f***kin child or I'm going to blow this b**ch up."

The school took shelter in place until it was deemed safe.

Pirozzi explained that when she dropped off her daughter that morning, the SRO tapped on her window and gave her a piece of paper. She said she didn't know what it was, so she threw it out of the window. The report stated that Pirozzi said every time she encounters the SRO, "the situation is always hostile."

After leaving the school, Pirozzi reportedly called the school principal who told her she could not return to the school and that she would have to figure out other arrangements for her daughter to be picked up. That's when Pirozzi allegedly told the principal that if she is not able to pick up her child "I will punch you and beat your a**." She then called 911 and made the bomb threat, the sheriff's report stated.

She was arrested and turned over to the Brevard County Sheriff's Office Jail.