Two Florida men were arrested in Flagler County after a deputy sheriff caught the duo stealing used cooking oil from a local restaurant.

Rui Gen Lin, 48, of St. Johns and Rong Chen, 41, of Gainesville, were arrested Thursday morning for stealing $5,000 worth of cooking oil from Woody's Bar-B-Que off State Road 100 and I-95 in Palm Coast, deputies said.

A deputy sheriff was on patrol and performing a business check on Woody's around 3:15 a.m. and saw Lin and Chen wearing headlamps as they pumped used cooking oil out of a vat kept in a fenced-in area in the back of the restaurant.

The duo was pumping the cooking oil into a white box truck which had large storage containers inside for the oil along with a pump, bolt cutters, and a pry bar. 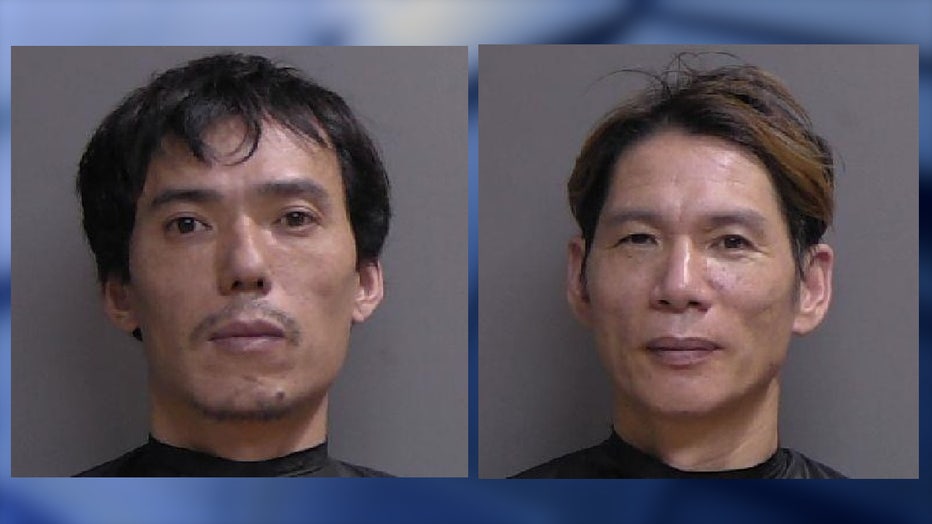 "They own a company that buys and recycles old cooking oil but, in this case, they tried to increase their profits by stealing the oil," said Flagler County Sheriff Staly. "Used cooking oil is often recycled to make diesel fuel and used in other products."

Both Lin and Chen are being held on two felony counts of burglary of an unoccupied structure and possession of burglary tools with intent along with misdemeanor petit theft.