A suspect has been arrested in an investigation into two deaths and a sexual battery in Lake County.

LAKE COUNTY, Fla. - A Florida man reportedly admitted to killing his wife and his 17-year-old stepson with a mallet before raping a woman at an RV Resort, according to an affidavit from the sheriff's office on Thursday.

Justin Lamar Jones, 41, is facing several charges including two counts of first degree murder and sexual battery. Lake County deputies say he committed the crimes on Wednesday inside a residence at the Thousand Trails RV Resort at 244 Jewelfish Road in Clermont. His stepson has been identified as 17-year-old Ty Finister.

According to the affidavit, a woman at the home said she saw Jones hitting Ty with either a hammer or knife and screamed for him to stop. That's when she says Jones slammed her to the ground, duct taped her ankles, wrists, and mouth and dragged her onto a kitchen dinette. The victim stated that Jones went back and beat Ty until he "was no longer making noise." She says Jones then came back in the room and raped her.

The victim told deputies that she was able to escape when she asked Jones to let her use the bathroom.

When deputies arrived, they say they found the teenager dead. As detectives were investigating, another body was located in the travel trailer. That victim was reportedly Jones' wife, according to the affidavit. 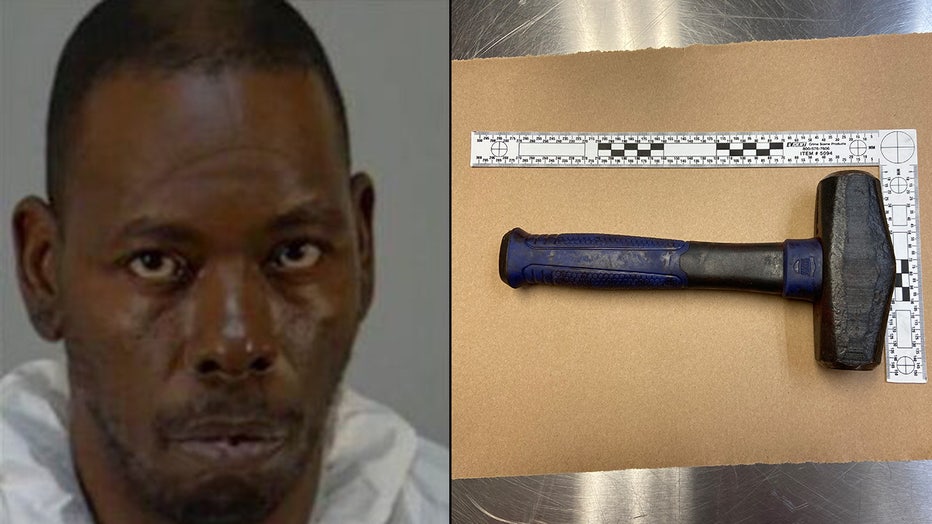 As law enforcement was combing the area for Jones, his sport utility vehicle was located in the parking lot of the Publix at U.S. Highway 27 and Hartwood Marsh Road. Jones was spotted running on foot but he was chased down and taken into custody.

The affidavit states that Jones admitted to beating his wife with a mallet and putting her in a trash bag underneath the bed. He also reportedly admitted to hitting his stepson with the mallet, killing him, and placing a trash bag over his head. Detectives say Jones also admitted to raping the surviving victim.

Investigators said they believe the family had just moved to the area recently.

"We're not exactly sure where they are from," said Lt. Herrell. "It's been a very complex investigation."