TAMPA, Fla. - Tampa attorney Michael Minardi says his client, Samuel Ortiz-Velez, a marine combat veteran, was fired recently from his post as a Florida Department of Corrections worker for his use of legally prescribed medical marijuana to battle his PTSD.

Minardi says the firing, which followed a failed random drug test, in part, violates his client's rights under the Florida constitution.

"If you’re on opiates in a drug-free workplace and you test positive, not under the influence you're permitted to show your prescription from a doctor to show a justification why you have it in that your system. We believe people in the state of Florida should have that same protection for medical marijuana," Minardi said.

The state passed a constitutional amendment legalizing medical marijuana in 2016. It received 71 percent of the vote. 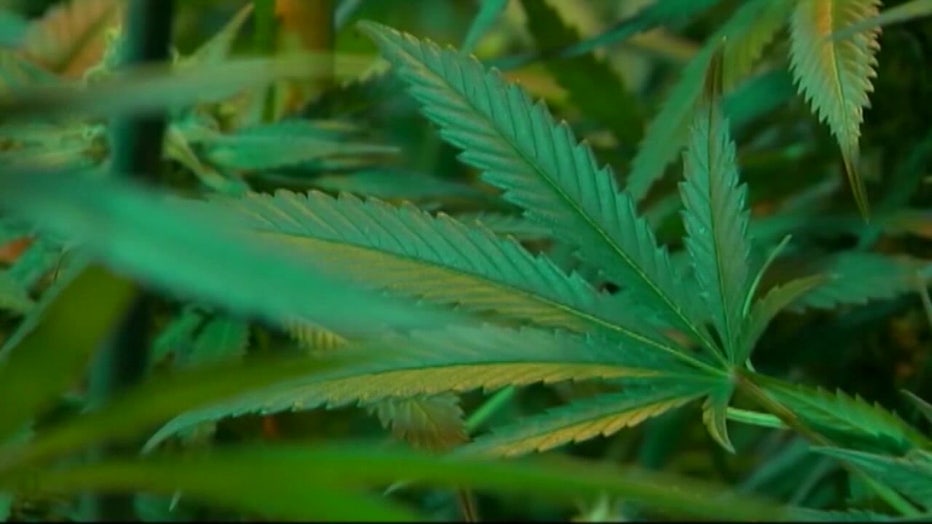 Minardi has filed his case with the First District Court of Appeals. He hopes it not only gets his client's job back but also helps clarify a gray area under Florida law.

READ: Recreational marijuana may appear on Florida ballots in 2024

"We believe they should have that same protection in the workforce. It is nothing different than what we’re doing all other prescription drugs now," Minardi said.

The Department of Corrections isn't commenting, but on its website, it states the department follows a drug-free workplace policy. It does not allow the use of medical marijuana by its employees or on its premises. 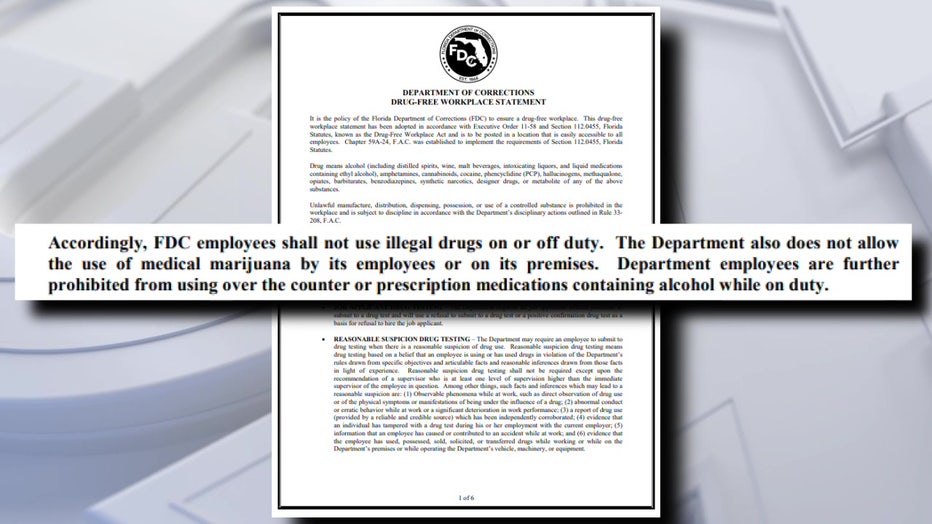 "Florida has marijuana-use laws and prescription laws but it does not protect employees from employers who have policies against use for any reason," said USF professor Dr. Jay Wolfson.

A major hurdle is the fact that marijuana is still illegal under federal law.

"It’s an unlawful federal activity so I think federal law has to change until we're going to see a change in it," explained local employment attorney Jason Imler.

Until then, some people may still find their jobs at risk even if they're following Florida law.

"This is something he loved doing, enjoyed doing and he's hurt by it," said Minardi.