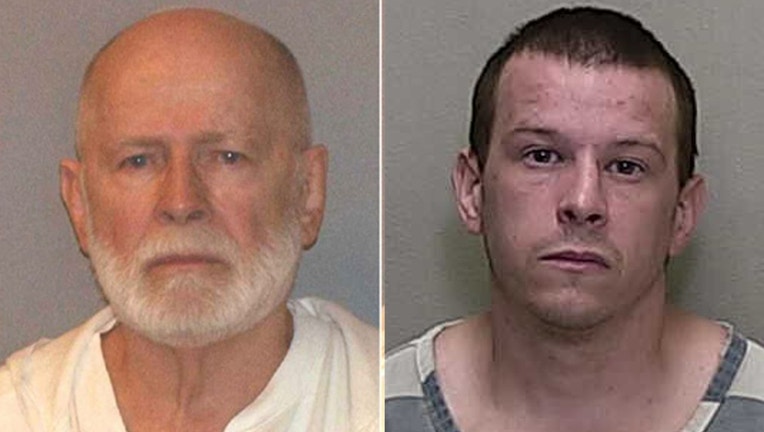 The Justice Department said Sean McKinnon, 36, of Ocala, Florida (pictured right), and two others were indicted on a charge of conspiracy to commit first degree murder in James "Whitey" Bulger's death. Bulger (pictured left) died in October 2018 at t

OCALA, Fla. - A Florida man was arrested Thursday after being indicted on a conspiracy charge in connection to the death of crime boss James "Whitey" Bulger.

In a news release, the DOJ said McKinnon, who was out on federal supervised release, was arrested Thursday in Florida, following the indictment. He is also facing a charge of making false statements to a federal agent.

The DOJ alleges that Gaes and DeCologero struck Bulger in the head while in prison, causing his death. Both have also been charged with aiding and abetting first degree murder and assault resulting in serious bodily injury.