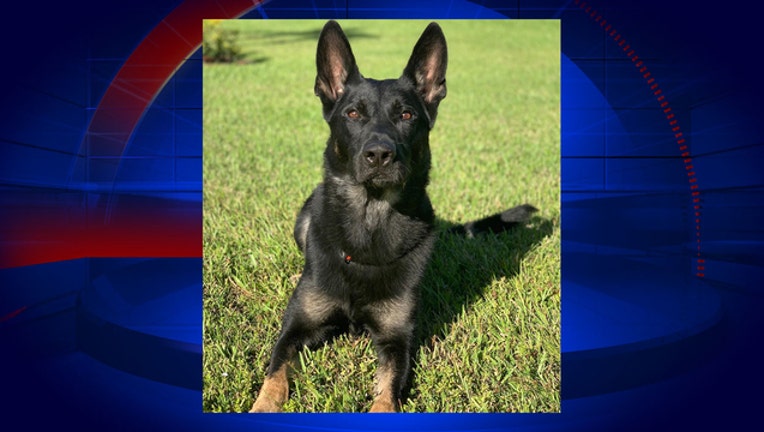 WELLINGTON, Fla. (AP) - A Florida mall has created a memorial for a police K-9 killed there in the line of duty during a Christmas Eve shooting.

Palm Beach County Sheriff Ric Bradshaw says Cigo did his job and "saved those deputies lives" on Monday afternoon at the Wellington Green Mall. Deputies acting on a tip were pursuing two suspects wanted for attempted first-degree murder and tracked them to the mall.

Now the mall has created a memorial for Cigo in the parking lot. Marketing Manager Rachelle Crain tells the Palm Beach Post visitors can leave mementos.

The sheriff's office is also planning a memorial service.