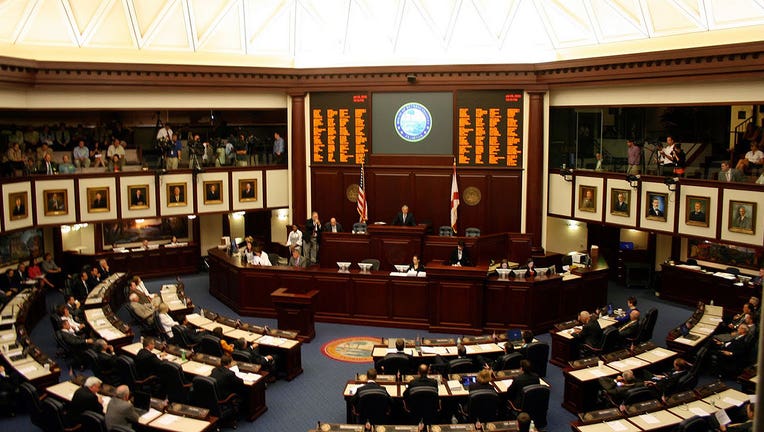 TALLAHASSEE, Fla. - The Florida Legislature began its 2020 session on Tuesday, as it prepared to consider hundreds of bills, including teachers pay raises, climate change and immigration — as well as approving the billions of dollars required to keep the country’s third-most populous state operating.

The Senate banged into session first, opening its session by commemorating the Dec. 6 shooting at the Pensacola naval air station that killed three sailors.

Later in the morning, Gov. Ron DeSantis planned to deliver his second State of the State address before a joint session of the House and Senate.

In his opening remarks, Senate President Bill Galvano, a Republican, reminded his chamber of the weighty responsibility lawmakers have.

“As we go into this session let us continue to show our constituents that we can exchange and debate ideas while maintaining civility and decorum,′ he told the chamber. “That we can problem solve together. That we can put aside personalities and politics for good policy. And, that we are not a microcosm of Washington, D.C., but instead will continue to be an example for Washington, D.C.”

With a presidential election looming this fall, it remains to be seen how fiercely partisan divides might influence the work of lawmakers. For now, there was an air of collegiality, and bouquets festooned the chambers.

The Legislature has 60 days to complete its business before adjourning.