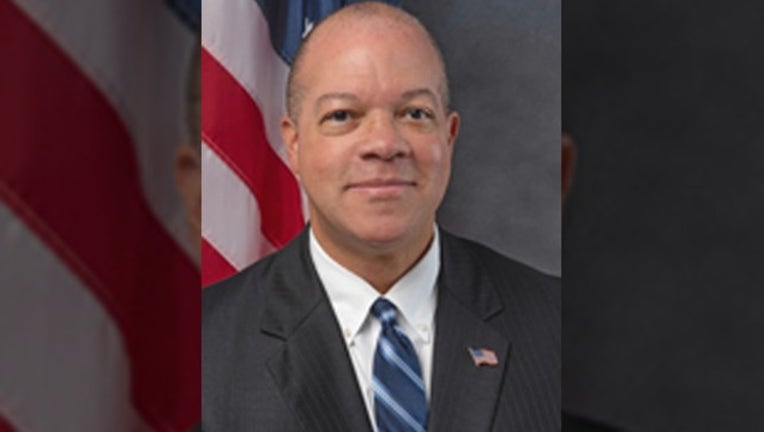 TALLAHASSEE, Fla. (AP) - A Republican Florida lawmaker is being admonished by his own party for his response to a suggestion that gay people be put to death.

Rep. Mike Hill had an exchange with constituents during a meeting at Pensacola City Hall last month in which one man said the Bible's 1 Corinthians calls for a man having an affair with another man to be put to death.

"It says that in the Old Testament, too," Hill replied.

Another man said, "Can you introduce legislation?"

Hill joined the audience in chuckling.

"I wonder how that would go over?" Hill said, then adding, "OK. Enough of that stuff."

The Pensacola News Journal called attention to the remarks in an editorial last week and posted an audio clip of the exchange. Republicans and Democratic officials quickly denounced Hill's reaction to the comments.

"I am horrified by what I just heard, hate of any kind cannot be tolerated, Mike Hill should immediately apologize," Republican Party of Florida Chairman and state Sen. Joe Gruters wrote on Twitter .

Republican House Speaker Jose Oliva and Republican state Rep. Chris Sprowls, who is in line to become the next speaker, issued a joint statement condemning Hill and also demanding an apology.

"We unequivocally condemn both the question asked of Representative Hill and Representative Hill's laughter and refusal to push back and remind his audience that this is America and we don't stone people to death," the statement said. "Such callous indifference to an outrageous question is unacceptable."

Hill refuses to apologize. When the news website Florida Politics posted a tweet about the remarks, Hill replied , "Your social media lynching is despicable. I never laughed at a joke about killing gays, and you know it. Your trash media has a history of attacking me."

In a separate tweet , Hill said, "No apology is needed or appropriate." He said on a local radio show that coverage of his remarks is "fake news."

Hill didn't immediately return a message left at his office Monday or respond to a Twitter message seeking comment.