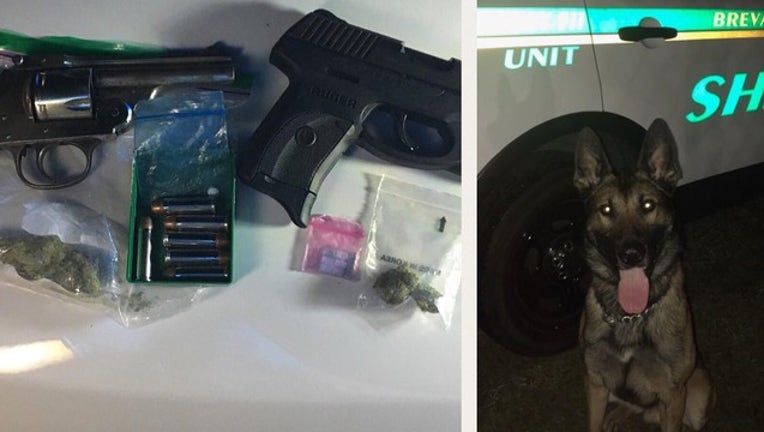 The Brevard County Sheriff's Office canine officer was on patrol with his partner Deputy Tyler Habart when Rosco's instincts took over and "suggested that Tyler conduct a traffic stop on a nearby vehicle," according to Sheriff Wayne Ivey.

That's when Rosco reportedly sniffed out oxycodone, Xanax, cannabis and two guns, one of which was reportedly stolen during a robbery in Melbourne.

The Sheriff's Office said that the two men arrested are convicted felons and each were in possession of one of the guns.

The men were booked into the Brevard County Jail and are facing several charges.

"Please join me in thanking Rosco for doing such a great job in keeping our citizens safe and in thanking Deputy Habart for driving Rosco around the county so he can make arrests!!"