TALLAHASSEE, Fla. - A Leon County circuit judge Tuesday ruled that Gov. Ron DeSantis’ administration did not comply with the state’s public-records law after an open-government group sought records about a controversial decision to fly migrants from Texas to Martha’s Vineyard in Massachusetts.

Judge J. Lee Marsh gave the administration 20 days to provide records sought by the Florida Center for Government Accountability. Marsh pointed, at least in part, to requested phone or text logs that could provide information about communications by DeSantis Chief of Staff James Uthmeier about the flights.

Marsh said the governor’s office did not show "any steps, direct steps taken to gather what this court finds are public records" related to state business conducted on personal devices.

"The public’s right of access was vindicated," Barfield said. "The governor is not immune from being held accountable." 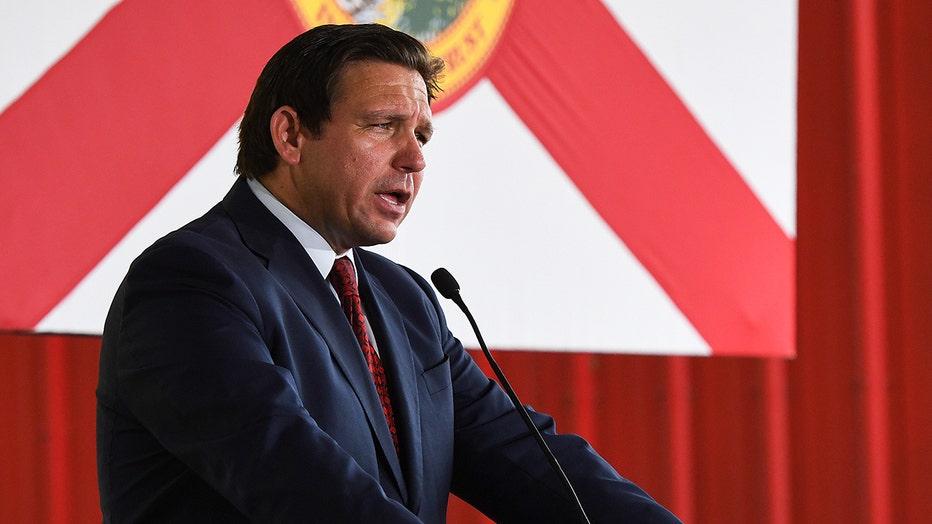 Florida Gov. Ron DeSantis speaks to supporters at a campaign stop on the Keep Florida Free Tour at the Horsepower Ranch in Geneva. DeSantis faces former Florida Gov. Charlie Crist for the general election for Florida Governor in November. (Photo by P

Before the ruling, Andrew King, an attorney for DeSantis, argued the administration was working to fulfill numerous records requests stemming from the migrant flights. He accused the center of "weaponizing" the public-records law to get ahead of other people or organizations seeking records.

"We’re diligently working to provide all of these Martha’s Vineyard records to all of the people who have asked," King said.

But Marsh pushed back against the "weaponizing" argument.

Andrea Flynn Mogensen, an attorney for the center, said the administration’s arguments about a backlog of requests is evidence of delay that violates the public-records-law.

"We’re being told, you’re in line, get in line and stay in line," she said.

The center filed the lawsuit Oct. 10 and alleged that the governor’s office did not comply with requests made Sept. 21 and Sept. 22 after about 50 migrants, mostly Venezuelans, were flown from Texas to Massachusetts.

Part of the controversy centers on the DeSantis administration using Florida money to finance the two Sept. 14 flights, which started in San Antonio, stopped at an airport in the Northwest Florida community of Crestview and ended up in Martha’s Vineyard. The DeSantis administration tapped into $12 million that the Legislature provided to transport undocumented immigrants from Florida.

Two planes filled with migrants were sent from Florida to Martha's Vineyard on Sept. 14, 2022. Gov. Ron DeSantis' spokesperson said it was "part of the state’s relocation program to transport illegal immigrants to sanctuary destinations."

DeSantis, who is widely considered a potential 2024 Republican presidential candidate, regularly criticizes the Biden administration on border policy and the handling of undocumented immigrants. He also has been critical of so-called "sanctuary" communities, such as Martha’s Vineyard.

In addition to seeking phone or text logs from Uthmeier, the center sought records about such things as any communications with Texas Gov. Greg Abbott’s office about relocating migrants. The DeSantis administration released some records, but the center said in the lawsuit that the release was not "responsive" to the requests.

King said during Tuesday’s hearing that the administration had a Dec. 1 "target date" to provide the requested records, but Mogensen called that "unreasonable." The center also sought a shorter time frame than the 20 days that Marsh gave the administration.

Nicholas Meros, another DeSantis attorney, made a series of statements in court after Marsh’s ruling that could set the stage for an appeal. Mogensen indicated after the hearing that she expects an appeal.

The center also has filed a separate public-records lawsuit against the Florida Department of Transportation and Vertol Systems Company, Inc., which received a state contract to transport migrants. That lawsuit remains pending.

Also, Sen. Jason Pizzo, D-North Miami Beach, has filed a lawsuit in Leon County circuit court, alleging the DeSantis administration violated the state Constitution and a separate law in its handling of the migrant flights.