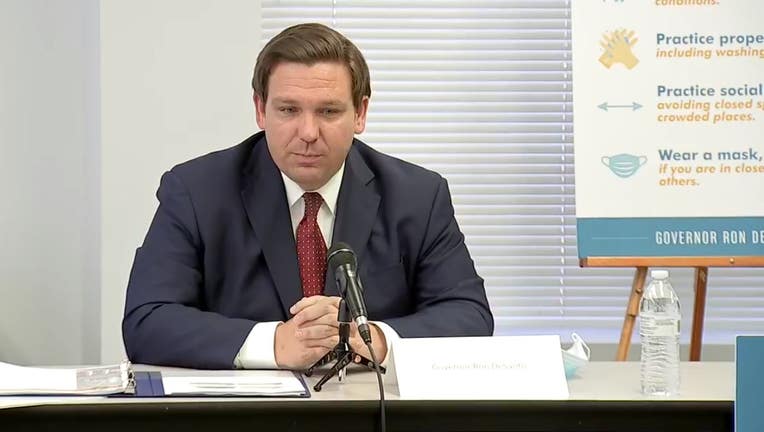 Judge Layne Smith, in an 18-page decision, said DeSantis had the legal right to halt $300-a-week payments to Floridians from what is known as the Federal Pandemic Unemployment Compensation, or FPUC, program. DeSantis said stopping the payments was aimed at helping spur people to return to the workforce.

The lawsuit, filed on behalf of 10 people who lost jobs during the COVID-19 pandemic, alleged that the federal payments should have been allowed to continue until Sept. 6, when Congress has scheduled the FPUC program to end. Also, the lawsuit sought retroactive payments for unemployed people to June 26, when the federal program stopped in Florida.

But Smith, whose decision Monday rejected a request for a temporary injunction, wrote that the DeSantis administration did not violate the law.

"This decision belongs solely to the state’s chief executive," Smith wrote. "Ultimately, Governor DeSantis’ strategy to promote reemployment by ending Florida’s participation in the FPUC program is a political issue that the voters can approve or reject at the ballot box."

Smith also wrote that issuing a temporary injunction would have little effect at this point, with the federal program ending on Labor Day, and that it was unclear whether retroactive payments would be possible.

"If the plaintiffs otherwise qualified for injunctive relief, given the imminent expiration of the FPUC program on September 6, 2021, the entry of a temporary injunction would be a fruitless exercise that would not yield them any beneficial results," Smith wrote.

The federal unemployment money stemmed from the stimulus law known as the CARES Act. Florida jobless people were able to receive $300 a week in federal money on top of the state’s maximum $275 a week in unemployment benefits.

The lawsuit was filed in July, with some plaintiffs testifying last week that losing the federal unemployment money has made it hard for them to pay for housing and other expenses.

Attorneys for the plaintiffs alleged that the DeSantis administration violated a state law that directs the Florida Department of Economic Opportunity to cooperate with the U.S. Department of Labor and to take actions "through the adoption of appropriate rules, administrative methods and standards necessary to secure for the state all advantages available under the provisions of federal law relating to reemployment assistance."

"The governor and DEO (the Department of Economic Opportunity) have zero discretion in terms of whether they should accept the .. money or not," Marie Mattox, an attorney for the plaintiffs, argued during a hearing last week.

But Daniel Nordby, an attorney for the DeSantis administration, disputed that the state was required by law to provide the additional benefits.

Smith agreed Monday, pointing to a part of state law that deals with a definition of "reemployment assistance," the state’s term for unemployment compensation. He said that definition "does not mandate the state’s voluntary participation in FPUC or any other federal program that is not required by an act of Congress."

The judge also wrote that Congress allowed states to choose whether to participate in the program and that the state Legislature did not mandate participation.

"When the Florida Legislature met during its 2021 session, it did not amend (part of state law dealing with unemployment) to mandate Florida’s participation in CARES or any other voluntary federal unemployment programs," Smith wrote. "Nor did it call a special session to amend (the part of law) after the defendants gave notice that Florida would opt out of FPUC. Nor has it called a special session to address the issue at any time since."