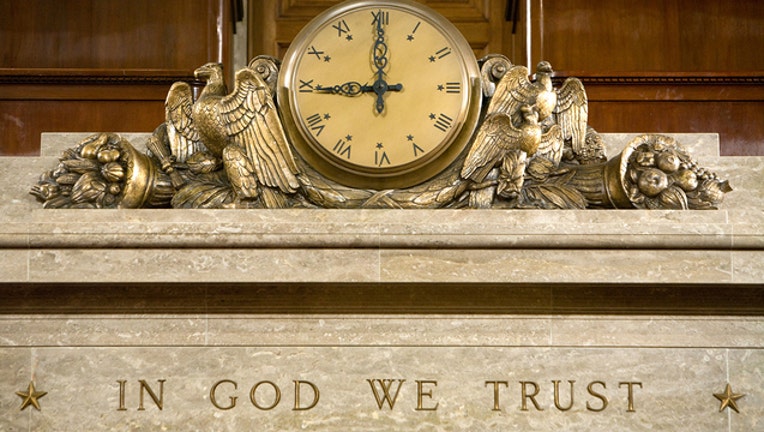 A clock and the motto "In God We Trust" over the Speaker's rostrum in the U.S. House of Representatives chamber. (Photo by Brendan Hoffman/Getty Images)

TALLAHASSEE, Fla. (AP) - Every Florida school and school administrative building will have to prominently display "In God we trust" under a bill passed by the Florida House.

The House on Wednesday approved the bill on a 97-10 vote.

Rep. Kimberly Daniels, a Jacksonville Democrat and sponsor of the bill, cited the recent shootings at a Florida high school during her closing speech on the bill. Seventeen people were killed last week at Marjory Stoneman Douglas High School in Parkland.

Daniels said that God is the "light" and "our schools need light in them like never before."

It's not clear if the bill will pass the Florida Legislature. The Senate has not heard the bill this session.