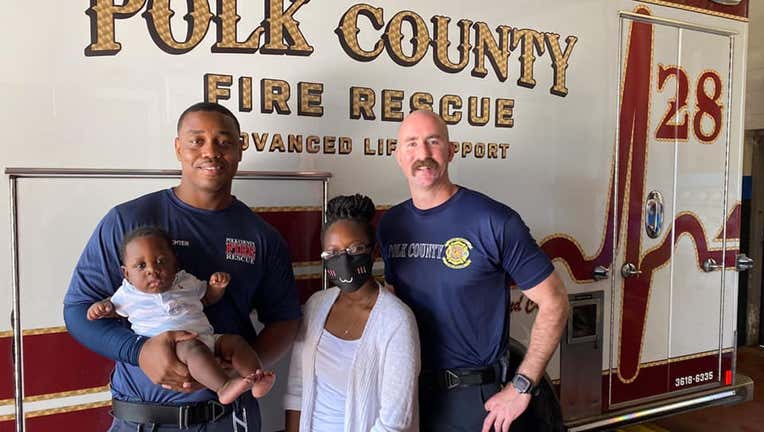 Polk County Fire Rescue said that in February 2020, Rescue 28 was transporting a young, pregnant mother that was in pain. While on the way to a hospital, the unit had to pull over.

They said that the assistance of Engine 28 was requested, as the medic on the rescue was in the process of delivering a 24-week-old premature baby. The baby was born of a "breech birth," meaning the cord was wrapped around its neck. At first, they could not get the baby's shoulders and head out.

In addition, they said that the baby was too small to feel for a pulse and the pediatric stethoscope was too big. The crew performed CPR and blow by O2 while hitting the road towards the hospital again.

Thankfully, the baby reportedly survived. In fact, its mother brought the baby into the station on Monday, November 17th. It was healthy and happy, they said.

"The crews did an excellent job and we are excited to see the progress baby Alexander has made," Polk County Fire Rescue said in their Facebook post recalling the rescue.