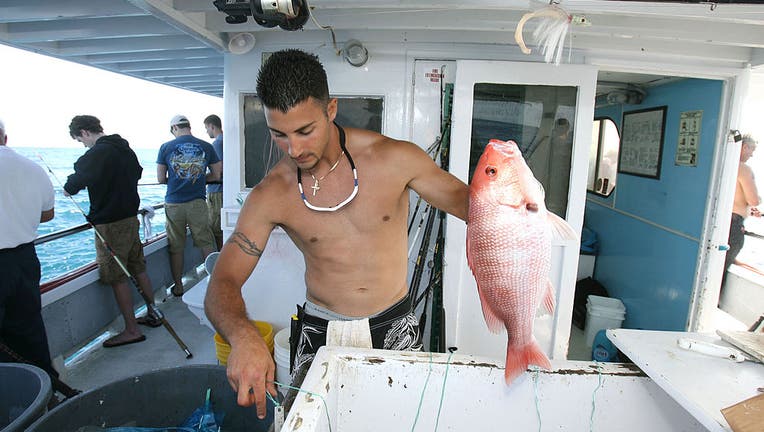 Paul Julian, 24, 2nd mate on the Deep Sea Fishing Boat "Sea Spirit" holds a Red Snapper fish that a patron caught in the Atlantic Ocean, March 19, 2009 on the Ponce Inlet, Florida. Federal officials may try to shut down red snapper fishing this summe

TALLAHASSEE, Fla. - Florida anglers this year will have extra days to fish for Gulf red snapper under an expanded season.

The red snapper recreational season is slated to last 57 days, two days longer than last year’s season. The summer season will span 45 days, from June 17 through July 31. The 12-day fall season will be spread across weekends in October and November, including Veterans Day weekend and the weekend following Thanksgiving.

"We looked at the data … and we realized that if we added weekends and kind of broke it up, so it wasn’t just a concentrated fishing season, that it gave more people an opportunity. Especially working people who have to work during the week," Barreto said during a news conference Thursday.

Gov. Ron DeSantis joined Fish and Wildlife Conservation Commission officials in Destin to announce the dates, touting the 2022 season as the longest since the state began management of red snapper.