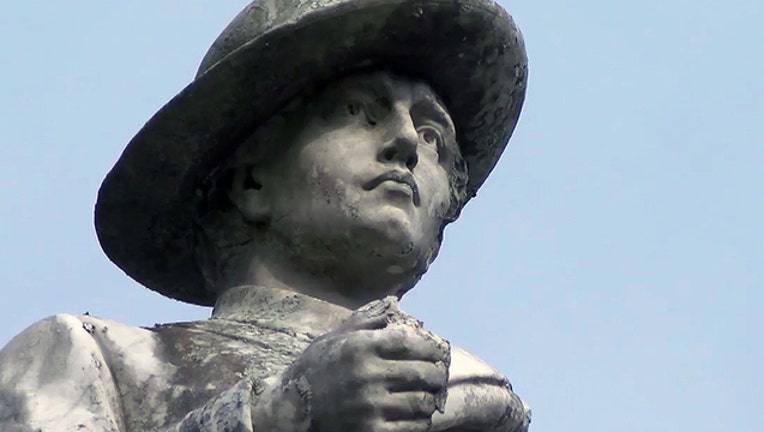 The Hillsborough County Commission is scheduled Wednesday morning to discuss a statue that was first erected in Tampa in 1911. Commissioner Les Miller has called for the removal of the statue.

Advocates of Southern heritage say removing these symbols is a disservice to the dozens of men who fought in the Civil War.

Orlando city workers on Tuesday started moving a Confederate statue called "Johnny Reb" from a park in the heart of downtown to a nearby cemetery, following renewed public outcry that it is a symbol of racism and white supremacy.