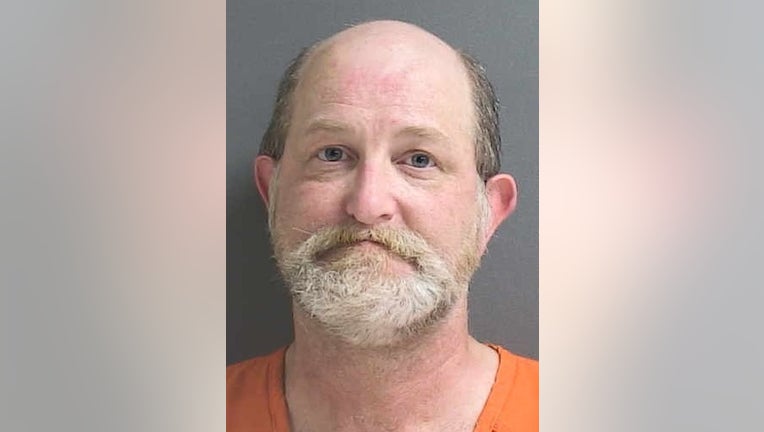 DEBARY, Fla. - The Volusia County Sheriff’s Office said that a live-in caretaker for a disabled man was arrested for abuse after he would not let the man leave his home, verbally threatened him, and battered him.

They said that Ryan Ganim, 49, is the live-in caretaker for a disabled couple in DeBary. He is a family friend and has the power of attorney. The man he is taking care of is 73-years-old, legally blind, and has diminished hearing. The man and his wife have lived with Ganim for seven years so that he can care for them at their home.

The victim reportedly told deputies that he and Ganim argued on Saturday because the victim’s incontinent dog had soiled in the house. The argument escalated when Ganim struck the victim on the side of his head with his fist. He also struck the couch with an unknown object and threatened to cut the victim’s head off.

Following this, deputies said that Ganim struck the victim’s right forearm with what felt like a baseball bat. The victim stood up to leave but Ganim took a rope that hung from the ceiling — commonly used for physical therapy — and wrapped it around the victim’s neck briefly before letting go.

"The victim finally escaped Ganim’s grasp and was trying to leave the house, but when he did, he discovered that Ganim had screwed the front door shut to prevent the victim from leaving,"the Sheriff’s Office said.

They explained that the disabled man was eventually able to crawl out of the back of the house and through a gate, a path unfamiliar to him. He walked to a neighbor’s home and asked them to call law enforcement.

Ganim was said to have been charged with Abuse of an Elderly/Disabled Adult without Great Harm and False Imprisonment, both felonies. While he was transported to jail, he has since been released on pretrial supervision.