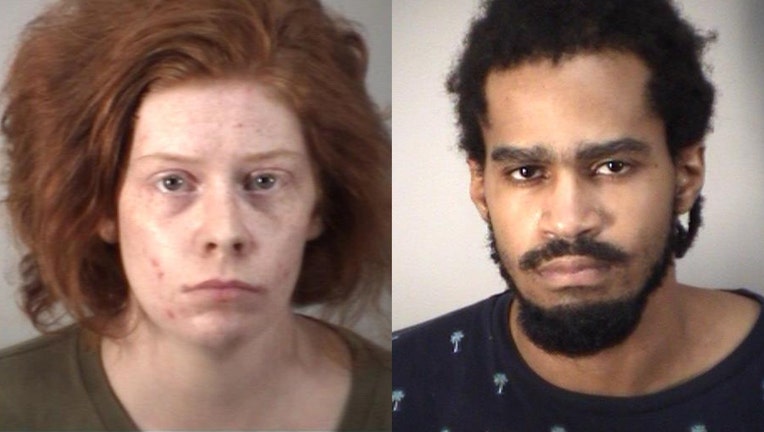 LEESBURG, Fla. - A mother and father were arrested after their child died under their care, law enforcement said. The 11-month-old infant was said to have lived in "deplorable" conditions and was extremely underweight and underdeveloped.

An arrest affidavit from the Lake County Sheriff’s Office said that officers of the Leesburg Police department responded to a home on Pine Street in reference to an unresponsive infant who was not breathing. Life-saving measures were completed but the child was soon pronounced deceased.

The affidavit elaborated on the condition of the infant, who was said to be 11-months-old. She was covered in dirt and what appeared to be dried feces. Her hands and feet were also so covered with dirt and grime that areas appeared dark brown and her skin color was not visible. Her fingernails were unkept and filled with dirt and debris. Her eyes and abdomen were sunken and also extremely underweight and underdeveloped.

Officers reportedly also observed the home and its conditions. The affidavit described the home as "deplorable" and stated that there was an overwhelming odor of garbage and rotting food. The home also was extremely cluttered and dirty. There were said to be holes in the wall as if someone had been punching them. The playpen where the infant had apparently been sleeping was without any bedding and the mattress was extremely dirty and stained.

A drug test was reportedly performed on the father, who tested positive for cocaine use and admitting having used the drug in the days leading up to the accident.

The affidavit said that the infant’s body was turned over to the Medical Examiner.  No signs of trauma to the child were found but a "scant" amount of material in the intestines was revealed. The doctor stated that it appeared that the infant had not eaten in at least two to three days and that the case of her death was extreme malnutrition and starvation.

Brittian and Lehman were charged with Aggravated Manslaughter of a Child.