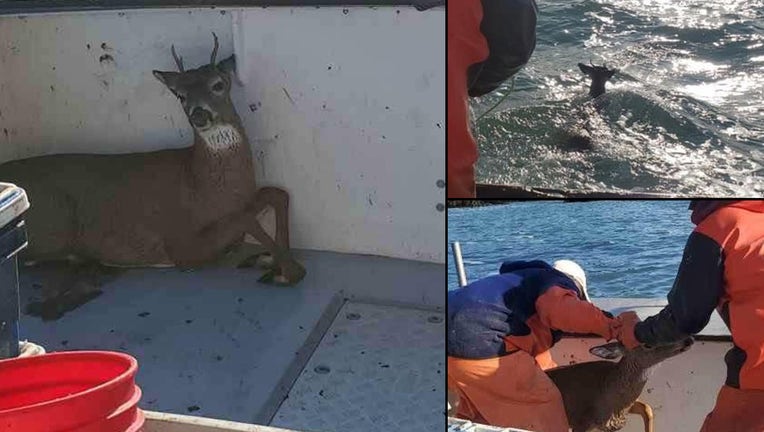 HARRINGTON, Maine - A boat in Maine hauled in more than just lobsters while out to sea.

In a post on Facebook, lobsterman Ren Dorr said he and his crew spotted a deer swimming miles off the coast of Harrington.

The crew ended up bringing the deer aboard the boat so it wouldn't drown. They then sailed back to shore to drop him off on the beach.

According to Dorr, the little guy appeared to be ok after his long swim.

RELATED: Arkansas hunter dead after deer he shot apparently gets up, attacks him

"He was feeding on the tree line when I sailed away," Dorr told Fox 35.

Dorr and his crew then returned to sea to finish their haul for the day.

Rescue dog and cheetah have adorable sleepover at Cincinnati Zoo

Microsoft Japan tested out a 4-day work week, and it boosted productivity by 40 percent