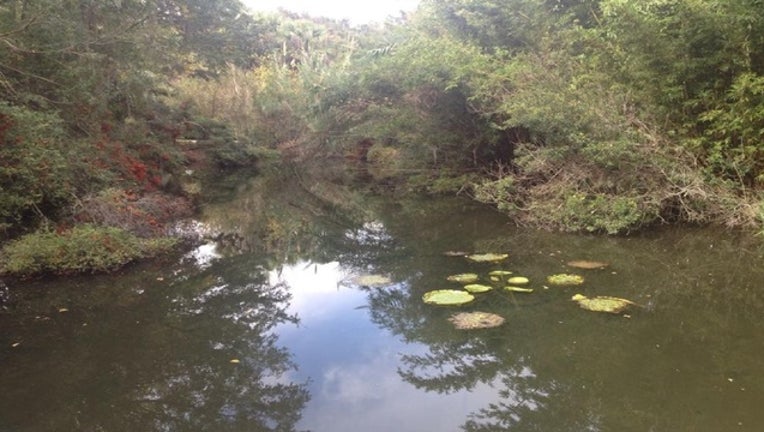 GAINESVILLE, Fla. (WOFL FOX 35) - Dozens of fish are dead after a fish kill in a local botanical gardens.

In 20 years, this is the first time anything like this fish kill has happened at the Kanapaha Botanical Gardens in Gainesville.

Alexis Caffrey, Director of the Kanapaha Botanical Gardens, said, “There was a total of six big fish and then we had some bluegill that we just put in... about a five-gallon bucket’s worth.”

It turns out, chlorinated-treated reclaimed water got into the water feature and killed some fish.

Caffrey said, “The biggest concern was that we wanted to make sure it wasn’t some sort of health issue or anything like that.”

The Gardens gets reclaimed water from the Gainesville Regional Utilities nearby reclamation facility, as it has for more than 20 years.

To fix that, and stay within state and Federal standards, GRU added slightly more chlorine, per protocol.

At the same time, a re-circulation pump at the gardens, which usually brings diluted water in, was turned off.

The chlorine build-up killed some fish. People were never at risk, said GRU.

Brett Goodman, Water Reclamations Facility Director for GRU, said, “We were maintaining compliance with our permits. It was not a public health or safety issue.”

Goodman said GRU quickly responded with staff and continuous sampling, and is offering help. The chlorine dissipated on its own within 24 hours.

Caffrey, at the Gardens, said it was all taken care of very swiftly.

Goodman said GRU will keep communication flowing with the Gardens so this doesn’t happen again.

Caffrey said the gardens will have that pump running on a cycle.

The Gardens will replace the fish and GRU is offering to help.