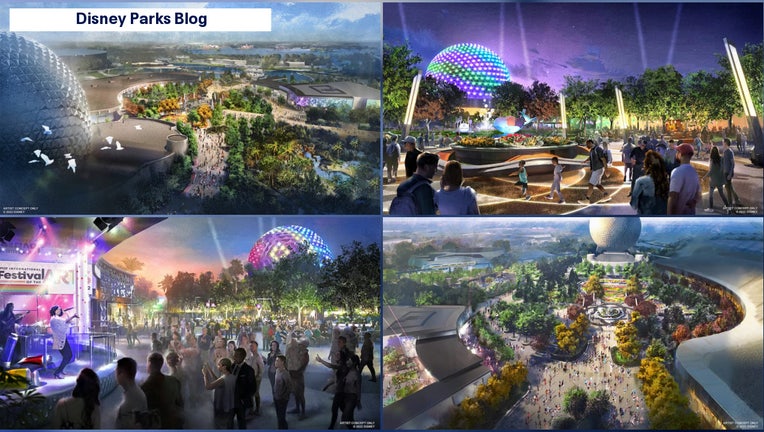 ORLANDO, Fla. - When EPCOT's neighborhood transformation is completed, the theme park will feature a series of gardens, illuminated sculptures, and a new exhibition and gallery venue, according to concept renderings Walt Disney World released this week.

"World Celebration will offer a beautiful hub divided into several different gardens, with a central planter based on the five-ring EPCOT logo. Filled with ample seating and shade, you’ll be invited to connect with one another and the nature around you in this lush new area," read a post on Disney's official Disney Parks Blog.

The redesign will also include CommuniCore Hall and CommuniCore Plaza, a multi-use events space that will host EPCOT's signature international festivals, as well as musical performances and concerts. There will also be a new spot for people to meet their favorite characters.

In 2019, Disney announced EPCOT would undergo a massive renovation and would be divided into four neighborhood: World Showcase, World Nature, World Discovery, and World Celebration.