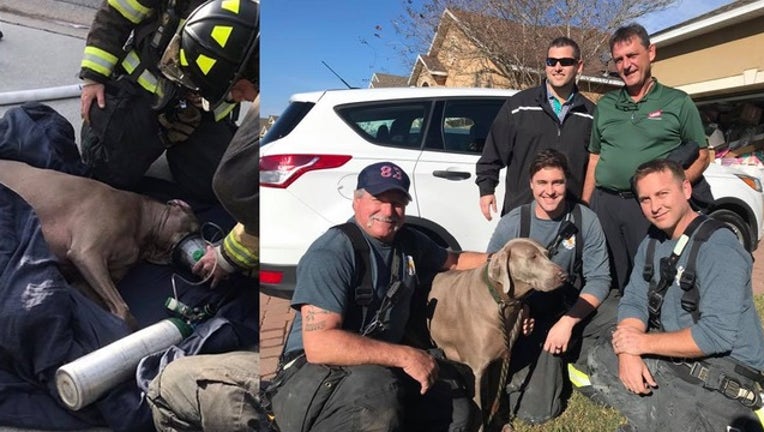 DELAND, Fla. (AP) - Firefighters in Florida saved a dog overcome by smoke during a house fire.

The Daytona Beach News-Journal reports that no one was home when the fire broke out about 8:30 a.m. Wednesday.

The DeLand Fire Department said on Twitter that firefighters found the 6-year-old Weimaraner named Joker inside the home once the fire was controlled. They treated him at the scene by giving him oxygen for about 15 minutes.

Joker is expected to be OK.

The fire marshal is investigating the cause of the fire.